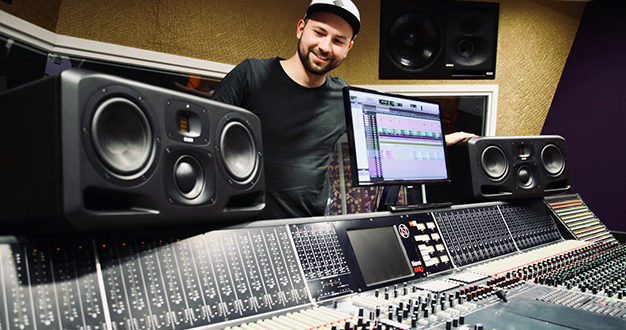 The SAE Institute Berlin has installed a pair of ADAM Audio S3H mid-field monitors in its “Gold Studio”.

Staff who have taught in this studio – which already houses a 48-channel Neve 88RS console – have praised the new speakers, citing a balanced and detailed sound that is stimulating to work with and “pleasingly punchy”.

Steffen Köhler and Peter Thomas manage the audio engineering department at SAE Berlin: “As soon as students have learned about signal flow and audio processing working with the Pro Tools editing workstations and the Soundcraft mixers, they progress to our studios,” Köhler explained. “We have a digital studio and an analogue studio where students gain their first engineering experience. We also have two post pro studios, a MIDI studio crammed with all kinds of external and internal sound modules, as well as two large control rooms.”

Although neither model is still in production, one of the SAE Berlin studios still features a pair of S3As. “These two speakers have made it through quite a few reconfigurations of the studio space and for many students and staff they are a firmly established part of our campus,” Köhler added. “Because of their characteristics, we often use them at events or master-classes. Time and time again they have proved that they work well in many different environments and situations.”

Originally a “School of Audio Engineering” offering courses for audio engineers, the SAE now offers training for a variety of media environments including audio, video and games as well as other creative industries. The SAE runs a total of 55 sites, with nine of these in Germany.

Berlin’s first SAE Institute was founded over 30 years ago, yet in 2016, it moved to a new campus comprising around 2000m² located in the Kreuzberg area. Here, 400 students from all over the world learn how to produce digital films, program games or create 3D animations, to name just a few of the courses on offer. Audio engineering, sound design and music production professionals of tomorrow also learn their trade at SAE Berlin. Students begin by acquiring the technical basics and learning the fundamentals of acoustics, spending time at mixing desks and exploring DAWs such as Pro Tools, Cubase and Ableton Live.

Find out more about SAE Institutes, locations and training courses at www.sae.edu.