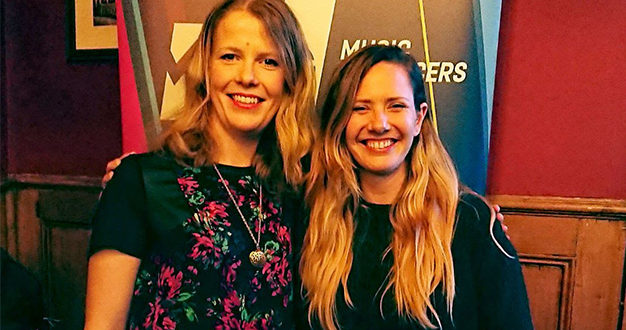 The Music Producers Guild has announced the appointment of Olga FitzRoy and Rhiannon Mair to its Executive Board.

Both women were elected by MPG Full Members at an Extraordinary General Meeting, which took place in London on April 2, 2019.

Olga FitzRoy has been an assistant director of the MPG for the last two years and has represented the Guild at the UK Music board. As the founder of the Parental Pay Equality campaign, she has worked tirelessly to turn an idea for shared parental leave for freelancers into a bill being debated in Parliament.

Commenting on her appointment, she said: “I can’t wait to get started in my new role. I will work tirelessly for our existing members, but also make sure our membership grows to truly reflect our amazingly diverse music industry by reaching out to producers and engineers from BAME backgrounds and working in genres not yet well represented in our membership. I also want to work to make sure our employment practises are inclusive and eradicate unpaid internships that create unfair barriers to talent coming into our industry.”

Producer, songwriter and artist Rhiannon Mair is ideally placed to represent self-producing artists, whose numbers are growing within the MPG’s membership. As a Full Member of the MPG, she has been actively involved in representing the Guild at social and industry events around the UK.

“I am thrilled to be joining the executive board of directors,” said Rhiannon. “I’m looking forward to contributing towards the growth of the Guild and bringing some new ideas to the table.”

Olga and Rhiannon join the existing members of the MPG’s Executive Board, Cameron Craig, Dan Cox and Bruno Ellingham.

The Executive Board would like to extend its thanks to producers Mick Glossop and Andrew Hunt who stood down as Board members at the EGM after many years’ service to the Guild.