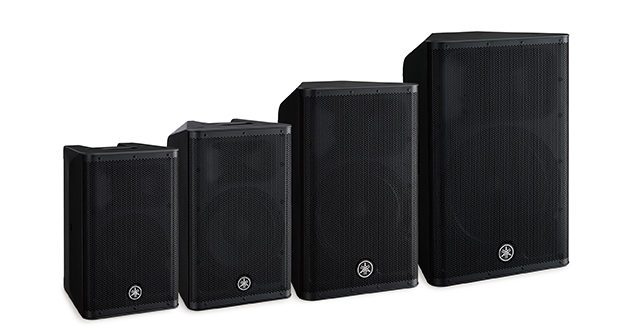 The four-model DXR series is designed with the rental market, live music venues, houses of worship and performing artists in mind.

The DXRmkII models feature an upgraded, 1.75” neodymium VC compression driver that delivers 1-2 dB higher SPL than the existing series, with improved HF audio quality. The DXR15mkII can reach 134 dB maximum SPL, with an LF response down to 49Hz, while the DXR12mkII can also produce 134 dB SPL with LF down to 52Hz, with “exceptional clarity and minimal distortion”. The maximum SPL for the DXR10mkII is 132dB SPL, with 130dB SPL for the DXR8mkII.

As with the original DXR series, Yamaha collaborated with Nexo on the updated range: “Working with Nexo was an obvious step in taking DXRmkII to the highest level of performance. Liaising closely with Nexo engineers at their state-of-the-art facility greatly contributed to the impressive SPL and unmatched reliability of these new loudspeakers,” said Yoshi Tsugawa, general manager of the Yamaha Pro Audio Division. “As a result, they deliver enhanced performance and reliability, allowing them to meet the demands of a wider range of environments that require professional, high-quality performance in a compact, lightweight package.”

The full DXRmkII range will be available from June 2019. Yamaha Music Europe GmbH is exhibiting with Nexo on stand F50, Hall 8.0 at ProLight + Sound, which is taking place at Frankfurt Messe from 2 – 5 April 2019.