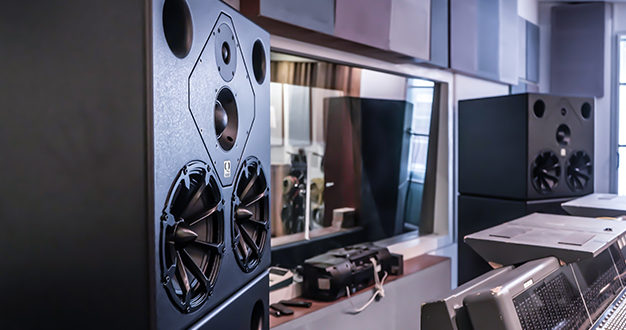 Founded in 1976 by legendary record producer Mickie Most and located in a converted Victorian schoolhouse in London’s leafy St John’s Wood, RAK Studios has four studios, accommodation, and a team of highly skilled engineers.

The Questeds, which are now added to RAK’s equipment inventory, reside in Studio 3, its second largest studio, which has seen the likes of the Stone Roses, the Pet Shop Boys, Simply Red and The Last Shadow Puppets record albums there.

“We needed speakers that would be able to deliver for a diverse range of clients, from people who listen very quietly, to those that prefer things somewhat louder,” explained RAK’s technical manager, Kevin Seal. “We had a pair on demo on two separate occasions, and also managed to compare them side-by-side with another manufacturer’s monitors. Taking into consideration all the opinions from our engineers and assistants ,the Questeds completely fulfilled our requirements.”

Seal noted that the Quested team modified the height of the monitors, allowing them to stand behind the mixing desk to be in the best possible position.

With RAK being such a busy facility, Quested worked closely with its UK distributor, Sound Network, to fit demos around the studio’s schedule and were extremely happy to be asked back in for a second time by Kevin and studio manager Trisha Wegg after they had auditioned a number of brands.

AMI went behind the scenes at RAK Studios for the May/June 2018 issue of the magazine – you can read that feature here.