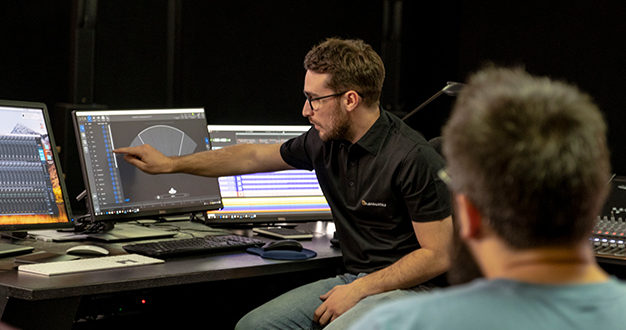 L-Acoustics has announced a number of training programs for systems and mixing engineers seeking to implement its L-ISA Immersive Hyperreal Sound technology, an object-based mixing technology for live events and installations.

In the initial phase of the rollout, training sessions will be available by invitation only in L-Acoustics locations in Marcoussis, France; New York City, NY and Westlake Village, CA, and at select partner facilities. Phase two, planned for the fourth quarter of 2019, will extend training to a wider audience.

Sherif El Barbari, director of L-ISA Labs, notes that the accelerated interest and adoption of L-ISA technology have created a real need for a global community of expert users: “L-ISA is gaining momentum everywhere: events, touring, and experiential venues,” he explained. “To accompany this industry shift to multidimensional audio, we want end users to feel fluent in designing systems and mixing with L-ISA. Having personally interacted with many systems and FoH engineers to date regarding L-ISA, I can say that inherent ease-of-use and intuitiveness make the technology quite approachable for new users.

“This said, object-based mixing is a different way of thinking. We know our end users want to give audiences the best possible experience and there is no substitute for hands-on training to help achieve that goal.”

The sessions are structured to begin and end with a common core relevant to both certifications, introducing L-ISA technology in a full system approach through tutorials and best practices for live object-based mixing in static and dynamic settings. The program branches out mid-seminar to role-specific sessions for systems engineers and mixing engineers with differentiated tasks, learning paths and objectives. To conclude the seminar, systems and mixing engineers reconvene to discuss L-ISA project management, considering native L-ISA pre-production and guest engineer support, as well as the process of transitioning from stereo to L-ISA. Following the seminar, system engineers and mixing engineers will receive official certification from L-Acoustics acknowledging their completion of the program.

L-Acoustics will be in Hall 8.0 on booth H85, as well as in Hall 7 and demo room Symmetrie 2+3, at Prolight + Sound 2019. For information about the L-Acoustics training offering, please visit l-acoustics.com/en/training/program