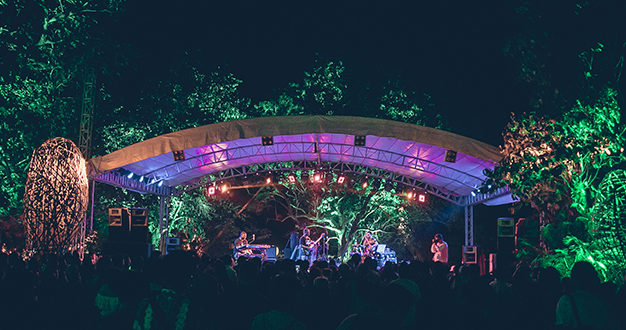 Malasimbo Festival 2019, which was held on 1-2 March, welcomed around 5,000 visitors to Puerto Galera in the Philippines to show off its new Funktion-One sound system.

After eight years at Malasimbo Ampitheater, the festival relocated to the private nature reserve park of White Beach, only 4km from the original site. The new site includes a jungle and a virgin beach, more nature, new terrain stages, and more roaming space.

“I load the sound system at home, unload at the festival grounds, set it up and operate it for the entire event. After the event I bring it back home, unpack and clean. I’m very hands on and I love my speakers, so I take care of them personally. The DJ Stage is mostly funk, disco, house, drum and bass – a bit of everything depending on the day. This year, it was headlined by Danny Krivit.”

Discussing his preference for Funktion-One, Grgic added: “It’s an efficient sound system, so I don’t need much power to drive it and I get a much higher output compared to any other speaker I’ve used. Also, I don’t use much signal processing, I keep a lot of things at zero – seldom do I touch EQs or compression.

“I spend more time getting the right positioning and coverage and I don’t really go over 100db. I like the average of 95-97db, this is what I call ear friendly. A lot of people fail to be considerate in this area, but I don’t like to beat up my audience’s ears.”

Previous Shure, Sennheiser, Yamaha and Harman products seized in China factory raid
Next Powersoft continues its commitment to the US market