Home / Studios & Recording / Normal Not Novelty: A Notch in the Belt 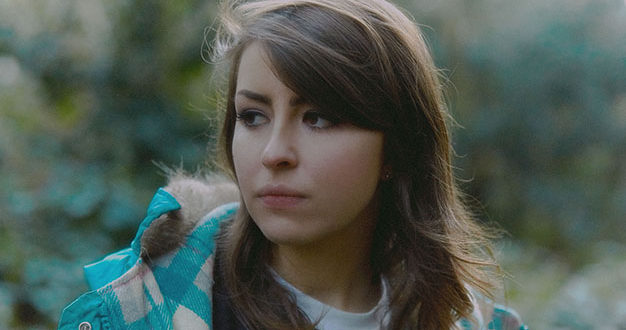 Normal Not Novelty: A Notch in the Belt

I grew up playing a lot of instruments, particularly drums and jazz piano which I’ve played for quite a long time. When I was about 19 I started collaborating with a producer to do more work that was in line with what I was interested in at the time, like independent Ninja Tune stuff, which was really cool. From here I started to get more involved in the production and mix engineering side.

A while back I went to a BBC Amplify event where there was a talk about women in music, run with shesaid.so, with people there from Normal Not Novelty too. This was how I first stumbled upon it. When I went to my first NNN event, I remember being completely blown away, and just kept asking myself where all these incredible people had been hiding! It was amazing but equally very enlightening, as it became very apparent to me just how important it is to get all these women visible in the industry.

For me, the drive has always been there. That very first session that I went to was run by Marta Salogni, whose work I have admired for so long. At the time I was incredibly stuck on mixing and didn’t know where to look or what to do to improve my mixes. It was a very long and difficult process up to that point. After I went to that session, everything just kind of fell into place, and her feedback has now influenced my mixing so much. I was really lucky because after that I was able to go and shadow Marta in her own studio. This is where it really opens up doors – I would never have access to these opportunities otherwise, and would probably be limited in terms of where I am with my technical ability. This is where NNN has probably helped me the most.

Normal Not Novelty has also been incredible because I’m completely independent and I’ve not had any formal training. I’m always just practicing and practicing, and whilst it’s all well and good putting in the hard work, it can be very difficult to get out of a tricky situation when you get stuck.

There have been two NNN events already this year and I’ve been to both of them. They have DJ, production and engineering workshops; I tend to go to the latter as I’m interested in the recording aspect as well as the mixing aspect. The first one this year was a mix feedback session, so you can bring along something that you’ve been working on and explain where you might be stuck with it. Everybody there can then pitch in and give you some advice, which has been extremely useful in the past and was very useful in the last session I went to on vocal engineering, hosted by Katie Tavini.

In terms of my career going forward, I would ideally like to start producing for other people, and Red Bull is coming up with quite a few opportunities in that respect. I really enjoy the recording and the engineering, but I also love the songwriting, so it’s both the creative and the technical stuff that I enjoy. It’s very difficult to be a musician now and not have a second job, and so I’m also trying to balance that while pursuing my love of production and songwriting. It’s therefore nice that there are musicians that I can meet up with who are in the same position – it helps give me some direction in a way.

With initiatives like Normal Not Novelty, I think the industry is also definitely moving in the right direction. I was reading recently that at the moment just two per cent of producers and three per cent of engineers are female, so there’s still so much more to do in terms of visibility. Seeing people like Marta, Katie, and a friend of mine at The Church Studios (where I’ve done some work experience) Chloe, it’s great to know that there are incredible women in these positions that are really succeeding. Although, I’m still yet to see any female producers owning big studios, so a lot of change still needs to happen.

What Red Bull is doing is amazing. I can’t really praise it enough because without it, I’d be in a very different situation. I would love it if there was even more of a community going on around it. What’s interesting about the music industry at the moment is that a lot of the artists who are bedroom producers or who are independent much like myself are expanding this networking and creative community. More collaboration and more innovation, especially on the immersive audio side, is definitely going to impact what we do in the future and it’s a very exciting time.

Jess Bartlet is a freelance producer and recording/mix engineer who writes, produces, and now mixes all of her own material under the name Island Fox.