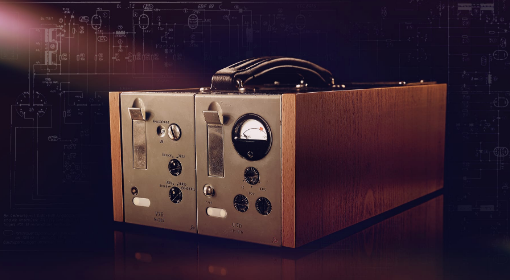 The V76 Preamplifier is arguably the most coveted standalone mic preamp ever made. Developed in the 1950s by the German Institute of Broadcast Technology (IRT), the V76’s distinctly "hi-fi" tube sound was integral to legendary studios across Europe from the 1950s through present day, including Decca, EMI, and Abbey Road.