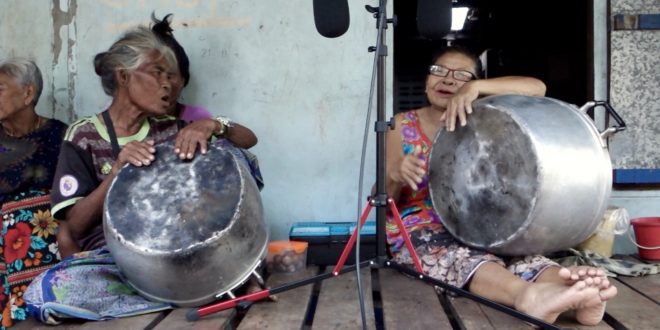 Greg Simmons of Sound Expeditions has just launched a crowdfunding campaign to record and share the endangered music of the Sea Gypsies of South East Asia.

After spending most of his spare time over the last 14 years running around Asia and the Himalaya recording traditional and tribal music, he’s noticed a disturbing trend: more and more often the older people ask for a copy of the recording to be returned to the village because they have “no-one to pass it on to”.

Simmons believes the younger generations are being assimilated into the dominant cultures and moving into the towns and cities. They’re not interested in taking on traditional roles that require them to remain in the villages – including being ‘music keepers’. As a result, the world is literally one generation away from losing lots of amazing and valuable music because the current music keepers have “no one to pass it on to”.

Simmons is starting the project with the endangered music of the Sea Gypsies of South East Asia. His crowdfunding campaign offers some great rewards for supporters including high-res downloads, Behind-The-Scenes videos, Mix Critique sessions and more. There’s even room for one person (or couple) to join him on the expedition! Check it out and, if you think it’s worthwhile or interesting, get behind it and make a pledge!