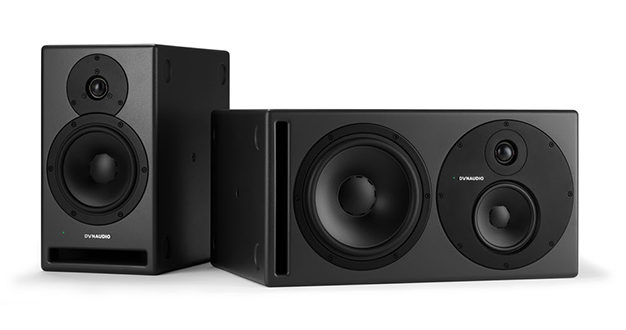 “The range uses our most advanced drivers – including all-new tweeters that feature the ingenious new resonance-defeating Hexis inner dome – plus innovative new DSP technology for even more features and surprising ease of use,” said Dynaudio Pro product manager Rune Jacobsen. “In short, extreme consistency between speakers and intelligent, flexible cabinet design – plus the best digital amplifiers we’ve ever heard – bring the pinnacle of honesty, consistency and reliability to your studio.”

Early models were put through their paces in an active recording environment in the Dynaudio Unheard recording studio at Denmark’s Smukfest music festival in 2018. Both Core 7 and Core 59 have digital inputs (AES3) and support up to 24-bit/192 kHz signals, and the internal DSP operates at the same high level when using the analogue inputs.

The series is also designed for extremely flexible positioning – Core has four indentations on each side and a set of Dynaudio-developed pads to fit them. In addition, the three-way Core 59 features a rotation flex system – the Orbit – which has been adapted from Dynaudio’s AIR series. It lets users rotate the plate that holds the mid/woofer and tweeter to suit either vertical or horizontal positioning.

Core also features Pascal class-D amplifiers chosen after a series of intensive listening tests. It is the first Dynaudio Pro range to have been fully developed in the company’s advanced new R&D centre, Dynaudio Labs.

The Core range is scheduled to ship in Q2 2019. Core 59 is prepared for VESA mounting (optional), and Dynaudio has designed special brackets for Core 7 for wall or ceiling installation.