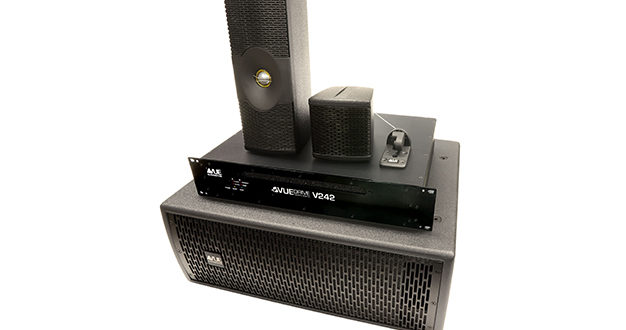 VUE audiotechnik will showcase the integrator-optimised e-Class at NAMM 2019 later this week.

The e-Class range will be presented in an immersive 5.1 environment in the VUE booth (ACC North #18105), including the e-352 and e-351 Nano speakers and the new-for-NAMM es-269 subwoofer, with ACM technology, and the VUEDrive V242 Systems Engine.

“While designing the e-Class, we avoided comparisons to existing installed speakers, and instead focused on the modern challenges that integrators face,” said VUE CEO Ken Berger. “It’s clear that gussied up hi-fi systems no longer cut it now that 4k is the norm, and quality content is served up/streamed in every type of environment. With these e-Class additions, we’re happy to complete the first phase in our plan to provide system integrators with next-generation tools that free them from having to choose between output, size, and fidelity. And this is just the beginning… the e-Class roadmap includes a continuous string of disruptive products over the next few years that will set an entirely new industry standard.”