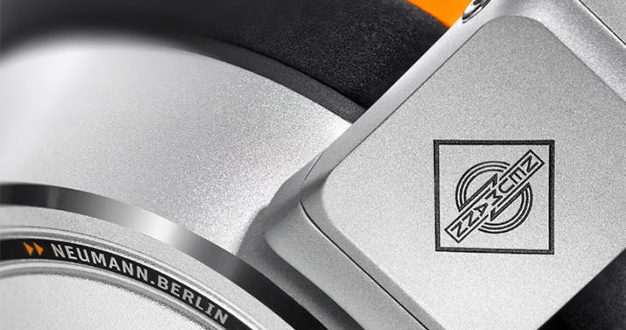 The 2019 NAMM Show kicks off in Anaheim, California later this week, and Sennheiser will be showcasing a number of new products, including entry-level wireless systems for both musicians and videographers, along with two new in-ears in its IE range and the SK 6212 mini-bodypack transmitter for live audio and broadcasting applications.

Meanwhile, Neumann.Berlin is presenting its very first pair of studio headphones and a new KH line subwoofer. More details on the products will be revealed at the show.

Alongside these new products on display at NAMM, Sennheiser and Neumann will show off their complete ranges of classic studio and stage microphones, wireless microphone systems and in-ear monitoring systems, as well as studio headphones and monitoring loudspeakers.

Visitors to the show can also join Sennheiser and Neumann four days of live music at the booth’s stage, where a line-up of artists will be using Sennheiser’s evolution microphones.

Sennheiser will show its AMBEO VR Mic in a variety of new use cases, such as immersive podcasting and video game and immersive music productions. Sennheiser partner Dear Reality will demo its dearVR Spatial Connect mixing software which enables engineers and creators to mix VR in VR.

3D audio will also be part of the AES@NAMM program, where Sennheiser’s Gio Jacuzzi will introduce participants to the world of recording, mixing and playing back immersive binaural content. His presentation “Dynamic and Static Binaural Recording, Mixing and Reproduction for Immersive Audio” can be seen at the Hilton, Level 4, C7 on Friday, January 25 from 4pm to 6pm. Participants will learn more about the different practices for static binaural (dummy head) and dynamic binaural (Ambisonics) and their underlying technologies, and will also learn how to use the Neumann KU 100 binaural head, the AMBEO Smart Headset and the AMBEO VR Mic.

Sennheiser and Neumann will be exhibiting at NAMM, Anaheim Convention Center North, Level 1, Booth No. 14108 from January 24 – 27.