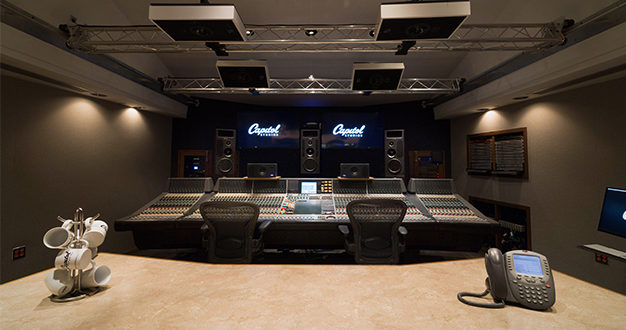 A Dolby Atmos demo facility will form the centrepiece of PMC’s booth #16112 at the upcoming 2019 NAMM Show, giving artists, producers and recording engineers an opportunity to experience Dolby Atmos music through a PMC monitoring system.

PMC will play music from albums that have been mixed and re-mixed at Universal Music’s Capitol Studios in the Dolby Atmos format. The company’s large, active three-way MB3-XBD-A monitors will form the left, right and centre channels of the 7.1.4 Dolby Atmos system, with the rest of the system comprising four PMC twotwoSub2 monitors and a total of 16 Wafer 1 compact slimline monitors for the surround, rear and height channels.

The music will be played back via a Mac and Dolby rendering and mastering software, in combination with Pro Tools and a Focusrite REDNET setup.

The Dolby Atmos demos will be conducted by Steve Genewick, senior engineer at Capitol Studios, and internationally acclaimed producer Greg Penny who has worked with artists such as Elton John and k. d. lang. Dolby’s Ceri Thomas and Tony Cariddi will also be on hand to answer specific technical questions, as will various members of PMC USA’s technical team.

“Our relationship with Dolby and Universal Music is now so well established that PMC is seen as the benchmark when it comes to monitoring Atmos music and post production projects,” said Maurice Patist, president of PMC USA. “Alongside Capitol Studios C, we have also built a Dolby Atmos room for Universal Music in Nashville and we’ll be collaborating on a second room at Capitol Studios later this year.”

During NAMM 2019, PMC will also showcase other products from its professional monitor range, including its twotwo series and the result6 compact nearfield reference monitor that was launched in 2017.