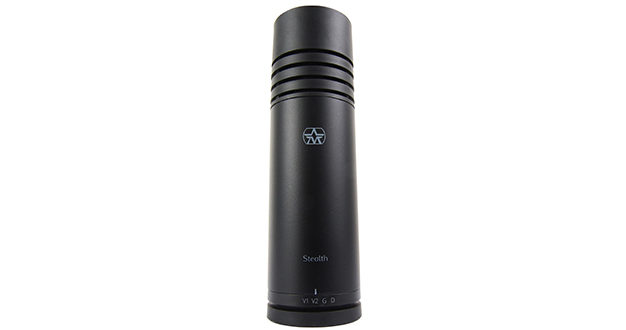 Aston Microphones has announced the launch of Stealth, a versatile broadcast quality microphone for studio and stage.

Stealth works in both passive and active modes and has four switchable voices. It is said to be the world’s first microphone with an autodetect function which senses 48V phantom power and automatically switches the mic to active mode.

This in turn activates a built-in Class A mic preamp which dispenses with the need for an external gain lifting device. Other features include a Sorbothane internal shock mount system and Aston’s robust build quality.

Stealth was developed in partnership with more than 90 top engineers, producers and artists on the Aston 33 development panel who participated in a series of blind listening tests designed to create the best possible sound. The resulting four voice settings, Vocal 1, Vocal 2, Guitar and Dark, offer a variety of sounds to suit a range of applications.