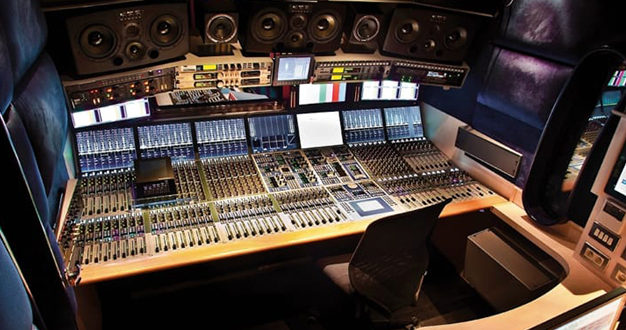 VRT’s HD01 and HD02 OB vans were each equipped with six DSP boards in their Nexus Star routers. With the new upgrade, depending on the configuration, 44 mix buses and more than 500 audio channels are available. The Aurus consoles now have features such as the automixer, M/S decoder, internal tone generator, VCA hierarchy and other capabilities.

"The customer can swap out the old DSP cards for the new RMDQ very quickly. For Stage Tec, on the other hand, considerable effort was required for such a technological update in order to achieve compatibility,” said Jean-Paul Moerman, Stage Tec’s distributor for Belgium and the Netherlands. “You can compare this with replacing the engine of a 10-year-old car with one incorporating the latest technologies and specifications—without compromising on functionality and performance."

The two OB vans were built by Videohouse and have been on the road for VRT Flemish Radio and Television for eight and six years respectively. Both OB vans service large scale, complex TV productions and are primarily used for sports broadcasts and major music shows.

Both audio control rooms are equipped with unusual Aurus consoles fitted with 64 faders in 48-fader frames to save space, while still being able to undertake complex productions with many audio sources. This was achieved by installing two fader panels on the second console level directly under the screens, in addition to the standard 48 faders. This increased number of direct access channels is used mainly for pre-recorded sound playback. VRT reportedly now plans to upgrade its M1 OB truck for radio productions and two production studios with Nexus RMDQ boards.