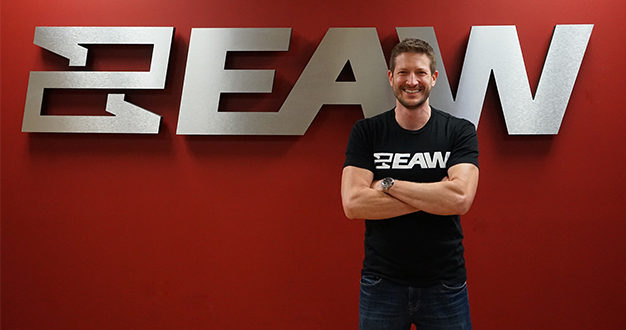 To say the past few months at EAW HQ have been a little busier than usual would be something of a rather large understatement. In September, the US loudspeaker manufacturer’s acquisition by Italy’s RCF Group was finally made official, bringing to an end a lengthy period of speculation about where the company’s future lied and signalling a fresh start for one of the industry’s sleeping giants.

And while talk of a new dawn may sound like the customary bluster that accompanies any transaction of this kind, few could argue that RCF’s ownership of EAW makes for an intriguing and potentially very exciting prospect. The Italian company certainly makes for a fitting home, given EAW’s recent history. Previously owned by private equity firm Transom Capital Group – parent company of LOUD Audio – and another venture capitalist group before that, EAW’s return to a revered pro audio specialist such as RCF is a welcome move for all associated with the brand, not to mention an eye-catching addition to the RCF offering.

In fact, the relationship between the two brands extends far beyond these past few months, with both brands previously owned by LOUD back in the early ‘00s, not to mention the product collaboration that saw RCF drivers incorporated within EAW’s KF850 loudspeakers.

According to EAW’s president and general manager TJ Smith, the excitement felt by everyone at the company towards the agreement has been palpable.

“Everybody here is ecstatic,” Smith tells us from his Massachusetts office. “There wasn’t a single individual that was nervous about this. Everybody immediately saw the potential and gravitated towards it and we’ve just been celebrating constantly ever since it happened.”

Though the ink may still be drying and the sound of popping corks still ringing out, the agreement first started to take shape back in the early part of 2018, following several overtures from RCF over the past few years. “We were approached by RCF in the spring, they were interested in purchasing the company, and that started a series of processes and meetings, in which we explained what EAW is about and what our vision for the company is,” Smith elaborates. “RCF has been interested in purchasing EAW for years. Then in the summer we finalised the deal and are now part of the RCF Group but operating as an independent company.

“LOUD was previously owned by a financial institution, who sold to another financial institution in the US called Transom. They were a great group of people and they did a great job of taking care of employees through that transition, which was very different to the previous ownership. Then, very quickly, RCF approached them with their interest in purchasing EAW.”

So what was it that led the two companies to an agreement on this occasion?

“There were a lot of things about this process that really impressed me, one of them being the reason why RCF was interested in EAW,” Smith continues. “It was obvious from the beginning that they wanted the brand and that they saw its potential. And what they were really hinging their buying decision on was what they thought of the people working at the brand – is this the group of people to take EAW to the next level? So to see them endorse the team here was really encouraging.”

On the subject of what the acquisition means for the EAW team, Smith confirms not only that the company’s staff will be unaffected by the agreement, but also that he is currently in the process of hiring a number of new operational personnel to help bolster its internal operations infrastructure.

“When we were part of LOUD there were several back office functions we shared,” he explains. “With this new operation we are incorporated in Massachusetts; I am the president of a three-person board, I have control of HR and finance and we are hiring all those functions here.”

The internal independence of which Smith speaks is also likely to manifest itself across the business in its entirety. Rich in prestige and heritage though it may be, EAW has been somewhat dormant in certain pockets of the market for some time, and has arguably been hampered by the trappings of previous ownership arrangements. Now, says Smith, the brand is primed to restore its reputation in some areas and reinforce its power in others.

“The key benefit that this whole thing offers us is independence,” he states. “That allows us to address very quickly and directly the concerns and challenges facing our different customers. When you start bundling in professional customers, retail customers and different brands you create a complexity that is difficult to manage and as a result everybody suffers. Now, being independent, we can serve our customers better.

“This next phase is also about filling in the product portfolio and finding new partners. The EAW portfolio is really strong in some areas but in others there are some very obvious holes and things that haven’t been addressed in years, so our next movement is about filling those.

“The acquisition absolutely marks the start of a new era for the brand. There have been a lot of changes taking place behind the scenes that people are unaware of, but this is definitely a very strong demarcation point that we’ll be able to look back on in the future and say, ‘that was the beginning of a new era’. We’ve built a team of product people who really represent a new burst of enthusiasm for the industry and understand how to grow EAW and take it into the future, whilst retaining a respect for the past.”

In addition to these overarching declarations of independence and promises of renewed enthusiasm for the industry, Smith is also keen to identify more specifically the key areas of opportunity its new ownership will afford the business, both in terms of product expansion and in changing the market’s perception of the brand.

“There’s a great opportunity for EAW and its legacy to grow again with regards to the production side of the business, and we’ve had a fantastic year on the integration side, with this area responsible for a lot of our growth,” he says. “We’ll continue pushing there, but we will certainly be looking to focus on the legacy part of the business, which is in production.

“I think people intuitively may have felt uncomfortable with EAW in the past because they felt it was impatient and could sense the pressure that a financial owner puts on a company,” he continues. “And the people who would have to trust us and put us on their production or their inventory were not comfortable with that. Added to that, we have this amazing product in our portfolio (Anya, Anna and Otto adaptive systems) that takes the idea of the line array, marries it with the legacy of the KF850 and combines it with new technology that I don’t think the industry fully understood. So we were asking these people to take everything they knew about the line array, throw it to the wind and accept this new thing we put in front of them, and it was a little too much. So you’re going to see us continue to talk about adapted technology, what it does for customers and help them through that process of change. If we are going to come in and ask them to change everything they know then we’re going to have to be very active participants in helping them understand exactly what we’re doing, and the new ownership provides that vehicle.”

RCF’s ownership also opens up potentially lucrative avenues into the European market for EAW – a key region that it has failed to capitalise on in recent years. “[Europe] is a weak part of the market for us right now and we’re very aware of that,” Smith acknowledges. “The expertise of the ownership provides credibility in that part of the market and that’s something people will recognise, and as such will hopefully give us another chance. You’ll see us engage people more thoughtfully on the adapted products – pushing demonstrations and getting them into people’s hands.

On the subject of new products, he continues: “We’ve got this new Radius line, a powered line array and point source monitor, and there’s a couple of things we’re working on that we can’t talk about yet. You should expect at ISE, Frankfurt and InfoComm next year an avalanche of much-anticipated new products.”

Evidently, the next 12 months are going to be pivotal for Smith and EAW. The foundations appear to be firmly in place for a glittering return to form, and RCF’s reputation, particularly in the European market, will be key in helping establish the firm as a powerhouse player on this side of the pond. The message for the time being is very much ‘watch this space’ as Smith concludes: “This is a very empowering process for EAW that puts us back in a place where we can grow and serve our customers better than we have been able to in recent history.

“It’s a great atmosphere here and we have a great team that loves working together. It’s just a great place to be right now.”