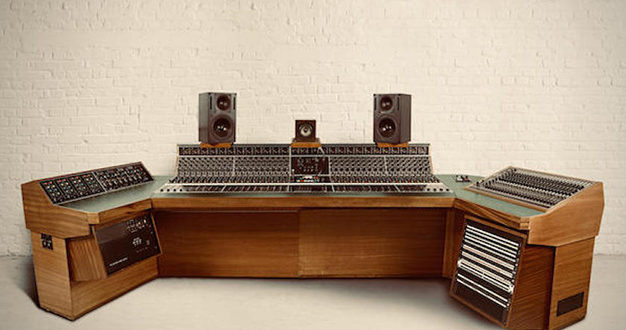 Helios console used to record “Stairway to Heaven” up for auction

The Helios console that recorded Led Zeppelin’s “Stairway to Heaven” has been put up for auction.

It comes less than two years after the EMI mixing desk used to record Pink Floyd’s Dark Side of the Moon fetched $1.8 million at auction, far above the pre-auction $700,000 estimate.

The desk was constructed by Elvis Costello and Squeeze’s Chris Difford in 1996 after consultation with Helios Electronics founder Dick Swettenham, a former employee of Abbey Road and Olympic Studios, for their Helioscentric Studios in Rye, England, and has been in constant use ever since.

The console is a combination of two desks – one from Island Records’ Basing Street Studio 2 in London and the other from Space Studios at Hook End Manor, the Oxfordshire home studio of Ten Years After’s Alvin Lee. Basing Street Studios used the console from 1970 until 1974, when it was decommissioned, remaining in storage until 1996. Lee’s custom desk, commissioned in 1973, was later moved to his Wheeler End Studios in Buckinghamshire, where it was in use until the early nineties.

According to auction house Bonhams‘ department specialist Claire Tole-Moir, “It is hard to overestimate how crucial a role this console has played in the British rock and pop scene. It is entirely unique, being an amalgamation of two already incredibly influential and important consoles, and in its current form has hosted some of the most popular bands of recent years. Songs and albums recorded on this bespoke console and its original parts rank among some of the most recognisable and best-loved pieces of music in existence, and have resulted in Grammys, Brit Awards and multiple number one spots. This console is a piece of Britain’s modern cultural history.”

The Helioscentric console hits the block on December 11 as part of the Bonhams Entertainment Memorabilia Sale, which includes an array of important rock, pop and film memorabilia.