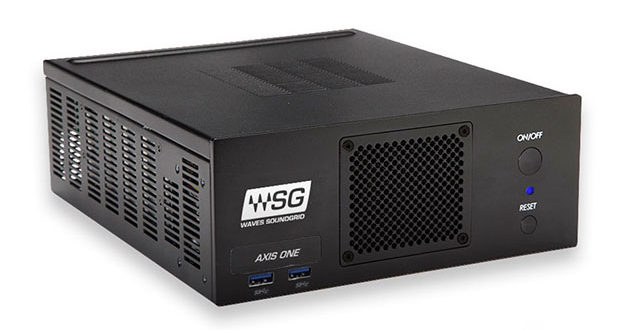 Waves Audio has introduced the Waves Axis One, a Waves-optimised computer.

Waves Axis One is a standardised computer, custom-designed and optimised to run Waves audio applications. Packed in a half-rack 2U case, Axis One is designed for live sound, broadcast and the studio.

The unit has been fine tuned to match the needs of sound engineers using Waves software applications. With its Waves SoundGrid connectivity, Axis One can act as the “brain” of a SoundGrid system, interfacing with SoundGrid I/O devices and servers. It can be used at front-of-house, at monitor position, or in a broadcast AV rack – or can be added to a studio for tracking, mixing and mastering.