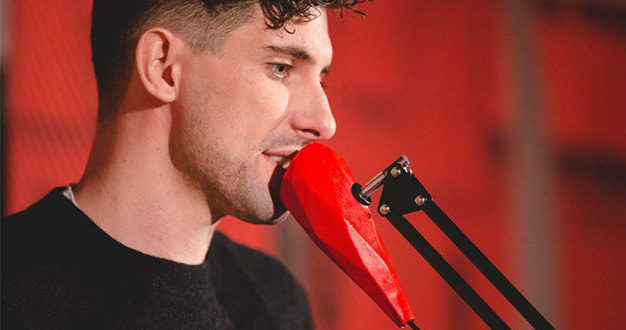 Over 100 computer ‘hackers’ took over Abbey Road Studios this weekend in an effort to create a new generation of robot composers.

The brief from partners Microsoft and software company Miquido was: “How will artists create music in 2030?”

The event in Abbey Road’s Studio One saw software developers, designers and music producers working in teams to train artificial intelligence to create a song, using emotions to trigger different sounds and samples.

A number of innovative projects were showcased, including a Vochlea microphone that changes voice sounds into an instrument and a drum machine that can turn any surface into a percussion instrument.

Industry executives judged the best use of AI in creating a “sound art installation”, and the winners have been announced from each of the event’s tech sponsors: @Microsoft: ‘Rapple’ @Miquido : ‘HRMNI’ @LdnFldsBrewery: ‘XRSynth’ @Hackoustic: ‘SoundSoup’ @Cloudinary: ‘Crater’ @QMUL: ‘Xamplr’.

Studio One, with its 1905 Steinway piano, two Hammond organs and more than 800 microphones, has been used to score soundtracks for films including Star Wars, Raiders Of The Lost Ark, Harry Potter and The Lord Of The Rings.

“In the same room that witnessed the inception of the recording industry, we are embracing the next shift in music creation — exploring the influence of the newest technologies and high-performance computing on our creative tools,” said Dom Dronska, Abbey Road’s head of digital. “For the first time ever, we are bringing together the brightest technologists and music producers and creating a unique inspirational atmosphere where beautiful accidents can happen.”