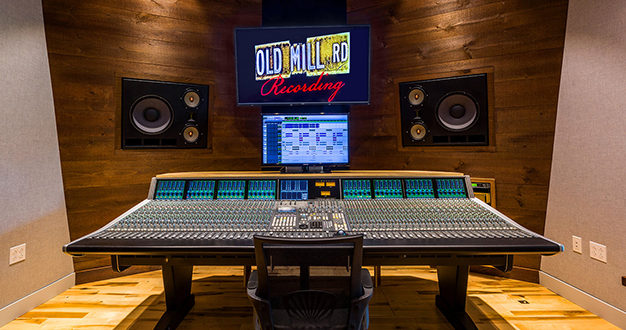 The control room, live room, and isolation booth have been designed and tuned by architectural acoustic designer Francis Manzella.

The studio has top of the line equipment, including a 48 channel SSL Duality mixing console, Yamaha C7 Grand Piano, and Griffin Speakers, and offers breathtaking river views in the heart of the Green Mountains of Vermont. It is available for recording and mixing local talent, advertising work (jingles/commercials), post-production work (digital media/ TV/film), and as a destination studio for recording artists.

Old Mill Road Recording, located just three hours from New York and Boston, also offers customised packages for creatives that can include a full range of additional service amenities, such as lodging, video services, indoor and outdoor event spaces, and food services, among others.

In-house Grammy Award winning engineer, Benjamin J. Arrindell has over 30 years of experience recording and mixing for notable artists such as Aretha Franklin, The Temptations, Mary J. Blige, Janet Jackson, Busta Rhymes, and more. Founder and in-house producer Joshua Sherman on the other hand has produced dozens of tracks featuring some of the biggest Broadway stars.

“Over the years, Ben and I worked in many of NYC’s biggest studios. We dreamed of creating something different – a luxurious and inviting space that would allow artists to relax, rejuvenate and record without the pressures associated with recording in the city,” said Sherman. “That dream is now a reality, right here in East Arlington, Vermont.”

Fran Manzella added, “We were able to help Josh and Ben realise their vision of a truly inspiring music recording environment in an absolutely beautiful location. Offering world class acoustics and equipment, I’m sure artists from all genres will enjoy the experience of recording at Old Mill Road Recording.”