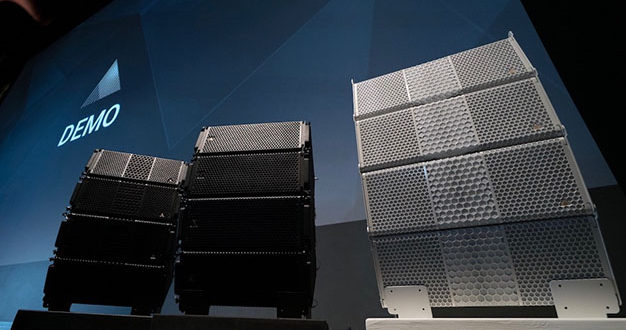 Adamson Systems Engineering hosted the largest-ever gathering of its Global Network at its Canadian head office and manufacturing facility in Port Perry, ON from September 21-22, 2018.

Over 120 worldwide partners took part in two full days of programming, including previews of upcoming products, innovations, and collaborations. During the Adamson Conference at the Flato Markham Theatre in nearby Markham, ON, guests took in a day full of presentations and demonstrations, learning about Adamson’s approach to product development and innovation, new and incoming technologies, and sales and marketing strategies.

The company unveiled new expansions to the tour-grade S-Series and install-focused IS-Series, as well as providing guests with a sneak preview of new technologies to be announced in 2019.

On the second day of the event, attendees were given a first look at the brand new Adamson Education Centre, overseen by the company’s head of education Jeremiah Karni.

On the evening of September 22, Adamson hosted the third annual Winding Roads Country Festival on the grounds of its headquarters. Attendees enjoyed performances by Canadian Country Music Award-winner Madeline Merlo alongside local acts Ben Hudson and Brad James, with all proceeds going to support the Big Brothers and Big Sisters of North Durham.

“We’ve welcomed a significant number of new partners to the Adamson Global Network over the past few years amidst a period of strong year-over-year growth,” said James Oliver, Adamson’s director of sales and marketing. “We’re very proud of the way our international team has supported these partners to date, but recognised an opportunity to bring everyone together, offer a preview of upcoming product releases, and leverage ideas and resources to reinforce a shared vision for continued growth and success. The event was over a year in the making and we couldn’t be happier with how it all came together.”