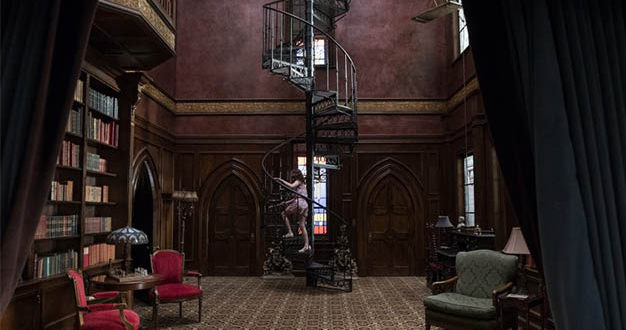 “When mixing TV and film projects, workflow is very important, in addition to being organised and knowing our tools, so that the creative part of mixing doesn’t become secondary,” said Wales. “The best part about an in-the-box workflow, is being able to choose the best plug-ins for the project and not being limited by physical technology. Quality and sound are what really counts, and I found both with Nugen’s Halo Upmix.”

The Haunting of Hill House was mixed in Dolby Atmos. For the show, Wales needed to convey the feeling of spaciousness in the house and create unnerving suspense throughout the mix as a family relives their terrifying past. Wales sought a solution that allowed immersive output with existing tools, so he took Audio Ease’s Altiverb 5.1 and Avid ReVibe outputs and sent them through Halo Upmix.

“Mixing in Atmos is fun, but complicated,” Wales added. “I loved working in the format, but obviously there can be a lot of things to keep track of. One of the episodes featured scenes that were 15 minutes long in one single shot. We wanted to be able to follow the perspectives of the actors through this giant journey of directing and acting. It was amazing to see it all come together and the differences in spaciousness between the house in the past and the funeral parlour in the present.

“I owe a lot of what we were able to achieve with ambiences and reverbs to Halo Upmix. There is a lot of control over what the Halo Upmix algorithm is doing at any point in time, so it really became an integral part of the workflow for mixing the show.”

Wales specifically relied on Halo Upmix’s ability to work in multichannel and immersive formats. Its ability to address the need to “spread” signals from a smaller format to a larger one was key during his mixes: “Spreading is easy, but having it be pleasant and useful in an immersive format and still be compatible with a fold-down is the real trick,” he said. “Halo Upmix maintains great backward compatibility when folding the mixes back down and allows us to control and change what it’s doing in real-time.”

The Haunting of Hill House, which premiered on Netflix on October 12, is a 10-episode series that reimagines Shirley Jackson’s horror novel of the same name.