Home / Business / What does the Music Modernization Act mean for producers and engineers? 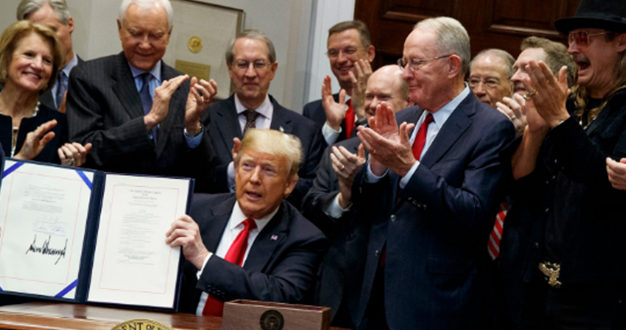 What does the Music Modernization Act mean for producers and engineers?

The Music Modernization Act (MMA), the most sweeping reform of music licensing in 40 years, was signed into law on October 11 following its unanimous passage through the US House and Senate.

Central to the new legislation is the Music Modernization Act of 2018, S.2334, which was introduced in January. It updates licensing and mechanical royalties related to streaming, setting rates via a "willing buyer/willing seller" standard that is also expected to put performing rights organisations in a stronger negotiating position for the future. The Mechanical Licensing Collective (MLC) will collect and administer those royalties on behalf of songwriters and publishers.

A second part, the CLASSICS Act (Compensating Legacy Artists for their Songs, Service and Important Contributions to Society Act), was introduced in February, and closes the so-called "pre-1972 loophole," which enabled digital services to avoid paying royalties to legacy artists and led to extensive litigation in the courts over recent years.

Music producers have not been mentioned in any part of the copyright law. The MMA has codified the producer’s right to collect those royalties due to them and formalises SoundExchange’s current voluntary policy. For recordings pre-dating 1995, the AMP Act establishes a procedure for producers and engineers to seek permission from featured artists or their heirs to receive appropriate royalty payments.

Alex El-Nemer, director of blockchain technology company Nexus, commented: “For too long singers, songwriters, and musicians have been missing out on hard earned royalties due to an outdated copyright law that was unfit for an era of digital streaming services. This act will see complex payment processes come to an end, with instant remuneration through cryptocurrency and use of blockchain technology transferring power to the hands of the artists.

“These measures will create a much fairer environment for artists, allowing them to get paid when their songs are streamed online via satellite and internet radio channels, and is long overdue to protect the future of the music industry.”