Home / Feature / Music recording Industry Insight: What can we learn from the past 20 years? 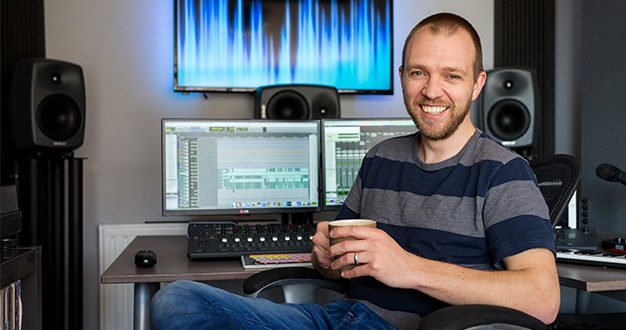 Music recording Industry Insight: What can we learn from the past 20 years?

Here’s something to think about. Can those of us who work in the post-production industry learn anything from the music recording industry, and the extraordinary changes it’s been through over the past twenty years? Are the social and economic changes that began affecting the music industry at the turn of the century comparable to those we have now started to whiteness in film and television?

From the earliest experiments in sound reproduction and cinematography the development of both disciplines have progressed at a similar rate. When you compare advances in music production with film/TV production, which are ultimately funded by the general public’s love of both, you see that many of the advances are very similar. The thing to notice is that a comparable change within film and TV will occur a few years after its musical counterpart.

And advances in technology aid the same two fundamental areas of both industries:

1. The production of content in areas such as picture editing, multitrack sound recording and mixing, capture and playback, storage, media processing and manipulation.

2. The distribution and consumption of content: The supply chains of various formats, and the ways to present these formats i.e cinema, broadcast, streaming, and playback devices for these formats.

During the 20th century, music production and film/TV production saw a myriad of new technologies, new techniques, new ideas, all of which were designed to increase creativity and productivity. In the mid 1950s, big developments in multitrack recording were underway and by the 1960s the artistic potential of this recording technique was being realised. Also at this time, new electronic instruments started to emerge. The Mellotron, made famous by the Beatles, was a polyphonic keyboard that reproduced sound recorded onto magnetic tape and was the forerunner to the modern synthesiser. The 20th century also saw many advances in film editing; the Movila, invented in the 1930s, became the first widely used machine for editing magnetic tape.

Early TV had to be broadcast live, but the introduction of video tape created a viable means of editing programs together before they were broadcast, increasing creative freedom. In 1971 the post production industry was introduced to nonlinear editing (NLE) with the release of the CMX600, by CMX Systems. It was the first machine capable of performing nondestructive editing of source material by utilising early forms of digital technology. In 1983 Fostex release the B16, signifying another leap forward in music production. This was the first machine capable of recording sixteen tracks on 1⁄2” tape and helped trigger a move towards project studios being set up by musicians and engineers and, in turn, lead to an increase in commercial work being carried out by them. A few years later music producers start incorporating personal computers, and the Atari 1040ST marked the first major step in the democratisation of electronic music production.

"As within the music recording industry, changes in film and television are proving to be pretty big"

In 1989 Avid Technology release their first NLE system, the Avid/1, which was based on a personal computer, the Apple Macintosh II. So successful, it caused many editors to switch systems. Increasing computer power and software capability have now reduced the need for dedicated machines to carry out complex tasks. So now, beyond a powerful computer and the right software, there is little other hardware required. And looking ahead, as internet speeds increase and the word “cloud” is heard more and more, you might not even need that.

So as we start to see growing numbers of editors, colourists and dubbing mixers building their own professional systems, production companies contemplating the prospect of handling their own post production and advertising agencies weighing up the idea of producing their own graphics, are we now witnessing an early form of democratisation within post-production?

Looking at distribution and consumption, before MP3s and streaming, our recorded music was mostly delivered on vinyl then compact disc and theatrical films and TV shows were also made available on VHS, then DVD and BluRay, with all the necessary supply chains in place to deliver both. But by the late 1990s to early 2000s, the internet had made it possible to access music instantly, which we could then store and play back digitally. Apple launched the iPod and iTunes in 2001, popularising the MP3 digital file format. Around this time, online piracy, through P2P sharing of MP3s, had begun to have a devastating impact on the music industry. Websites such as Napster and LimeWire had made it incredibly easy to share music online for free, provided you were comfortable with breaking the law. The major labels response to this digital revolution was an attempt to sue everyone, not to make their music more easily accessible to the paying public. They chose to fight change. In 2004 Apple’s CEO at the time Steve Jobs saw this and after pitching the idea to Warner Music Group, launched the iTunes music store. Over the next eight years Apple went on to sell 300 million iPods and 10 billion tracks via iTunes. They saw change and ran with it.

The online music experience has now evolved into a world of subscription music services and for a monthly fee we can listen to whatever we what, wherever we want. So, as internet and mobile data speeds increased, the advent of Video on Demand (VoD) was inevitable. But while we were waiting to conveniently stream our films and TV shows straight from the web, companies such as LoveFilm, in the UK, and Netflix in America, were using subscription services to send us DVD’s in the post. On 16 November 2006 Channel 4 launched 4oD. Not long after Netflix launches its streaming service and the BBC launches its on-demand iPlayer service. Apple launch the iPad in 2010 and a new wave of tablets and smartphones begin to flood the market.

This, along with increasing mobile data speeds meant video in all its forms could be accessed as freely as music. The internet also gave recording artists new and improved avenues for promoting and distributing their own material. Whether through MySpace or YouTube, or by releasing music themselves through their own record labels. The resources that now empowered musicians only weakened the position of traditional record labels. And even within the record companies themselves, the internet was changing the way they operated. A&R staff who once scoured the country, searching out the next big act, now could use YouTube to help find them.

So, digital technology started a real maelstrom within the music industry around twenty years ago, and triggered years of economic decline. It wasn’t until 2017 that modest growth was seen again, evidence that the music industry had finally caught up with this digital revolution. So is a similar thing now happening within film and TV? Subscription video on demand (SVoD) platforms such as Netflix, Amazon Prime and Hulu sit alongside YouTube, Facebook, and others as increasingly popular platforms, which have also allowed new forms of entertainment to emerge. YouTubers, for example, are now as influential pop stars and are generating huge revenues through advertising, endorsement, and live performances. Brands are now producing entertaining and engaging content and not just “adverts”.

Facebook, the website I joined over ten years ago to stay in touch with people, is now distributing original long-form content. Netflix is causing a commotion at the Cannes Film Festival because it believes it has a right to enter films, even though its films have no theatrical release. Amazon, a company that began life selling books, is to show 20 Premier League football matches a season from 2019-2022 on Prime Video and brands such as HBO and WWE are selling direct to consumer through their SVoD services. Ok, so these do not sound like examples of decline within the industry, but they do demonstrate a similarly unprecedented rate of change. And this change affects the position of the traditional broadcasters and distributors, the organisations that many familiar business models are based on.

The music recording industry exists to support the wider music industry, so when large social and economic changes affect it, they in turn, affected the business of recording music. And those working in that field have to adapt. The one thing that remains constant, however, is people’s creative vision, skill, and a drive to what they love doing. Whatever happens to the equipment, the studios, or the supply chains, that creativity and skill of the musicians and producers never diminishes, nor does their ability to demonstrate that skill.

So if post production exists to support the wider TV and film industry, then the same applies. The editors, the colourists, the dubbing mixers, the graphic artists, the animators, and now the post producers can all continue to demonstrate their skill, but the same technology that causes industry wide disruption can also be used to create new ways of working. And, if these new methods can alleviate new found pressures on production companies who are also having to evolve, then so much the better. Digital technology has created an opportunity to redefine what we do and how we do it. Change is inevitable, and is something that must be run with, not fought against. As within the recorded music industry, changes in film and television are proving to be pretty big. So, for those of us who work in post-production, it’s time to start thinking outside the telly box because we’re not in Kansas anymore.

Dan Piggott is a dubbing mixer and company director of KORD.Media. He is also a member of The Association Of Motion Picture Sound. Dan began his career at the once-renowned Manchester post production company, Sumners, where he worked as part of their hugely successful audio team on many of the the region’s highest profile TV shows. For the past six years he’s continued to build on that experience as a mixer while also putting new audio post workflows into practise. He is currently mixing two BBC series for Timeline TV, Kit & Pupand The Dumping Ground.