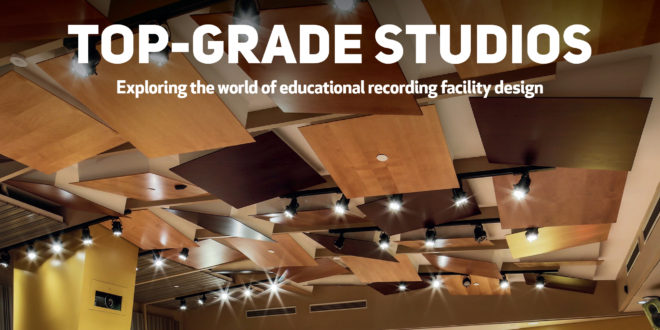 In this recording studio special, we have a profile on celebrated recording engineer Mike Exeter who has worked with some of the most legendary names in the world of heavy music, including Black Sabbath, Tony Iomi, Cradle of Filth and Judas Priest.

The latest issue also includes an interview with Dave Catching, the engineer, producer and musician known for his work with the likes of Eagles of Death Metal and his association with desert rock titans Queen of The Stone Age. He is the owner of Rancho de la Luna, the storied and mythical studio based in the Joshua Tree National Park in California, where many big names in music have found inspiration for their projects.

Heading from West to East coast, our latest Studio Profile features The Outlier Inn, a wonderful studio facility/wellness retreat in the Catskill Mountains, about 90 miles from New York City. Owner Josh Druckman tells AMI why he set up the studio, who built it for him and why he chose to have a custom Neve console installed in the control room of his renovated barn.

Meanwhile, Stephen Bennett speaks to studio design experts about the growing demand for high-end recording facilities for educational purposes and explores a few purpose-built college recording studios in the UK and US.

We speak to Abbey Road’s Karim Fanous and Mirek Stiles about tech startup incubator Abbey Road Red to find out why it exists and what its plans are for the future.