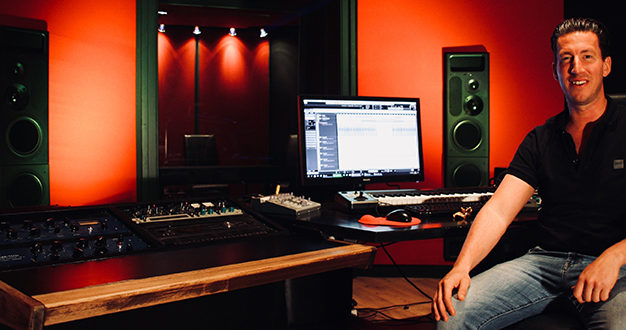 Goldfinger Music Productions, a recording and mixing facility in Eindhoven that specialises in folk and Dutch party music, has upgraded the monitoring in its control room to PMC IB2SA XBD.

Producer and songwriter Waylon van der Heijden says he is impressed with the clarity of his new PMCs and is enjoying recording and mixing with them.

“They are really nice monitors and I am very happy with the way they sound,” he said. “It did take a while to get to know them because they are very detailed across the entire frequency range, and that was a little scary when I first start mixing with them. But I’m used to that now and I think they are just amazing.

“I first worked on PMC at Q Point Studios in Hilversum, which is where most of my tracks are mastered,” van der Heijden added. “I liked the sound of Q Point’s monitors, but I also took advice from Jules Fransen and Raf Lenssens at Joystick Audio, PMC’s distributor in the Benelux countries, and from Jelle van der Voet of Pinna Acoustics who designed my control room. Joystick’s staff are really knowledgeable and helpful, which is why I recommend them to everyone in my music network.”

“We are currently working on two albums, including a Christmas album for Django Wagner,” van der Heijden explained. “I use my studio for pretty much everything and I mix completely in the box, so my studio has a large selection of plugins and outboard equipment from manufacturers such as Crane Song, Roland, Lexicon and Tube-Tech. The great thing about mixing this way is having the recall function. Also, the plugins keep getting better and better, and you can really hear the difference on the PMC speakers.”