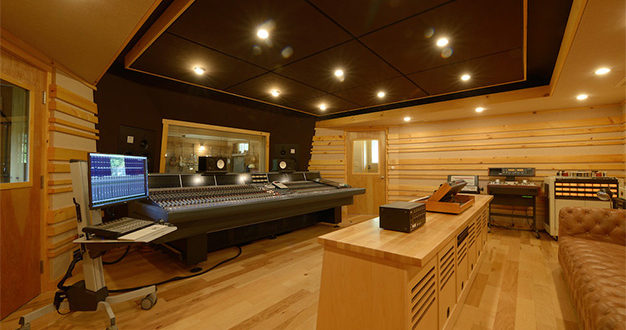 The Outlier Inn is not your average recording studio.

Set over 12-acres and located in the Southern Catskill Mountains 90 miles outside of New York, the Outlier Inn property doubles up as a wellness retreat, with a farm, lake and various types of accommodation.

The studio was founded and is run by Josh Druckman, whose background is in computer music, having studied algorithmic synthesis at Columbia University in New York City.

He moved out to the Catskills after running his own studio in New York.

“I operated the studio for a little over a year before I closed it because the costs of operating it were just so high,” he says.

“It forced me to just say yes to everybody that walked in the door and after a year of recording music that I was not into, I moved out of the city and up to the country, which is where my family was originally from, but I had never lived up here. I was 26 at the time. I kind of impulsively bought a little house and a property not knowing anyone and I set up a little electronic music studio in my house. And then over the years that little studio kind of grew into what it is today.”

The facility now features two studios, A, with its large, wood-panelled live room and Studio B, which offers a control room and isolation booth, having attracted a wide range of clients, from the likes of Parquet Courts to The War On Drugs and Delicate Steve to Solange Knowles.

At the heart of Studio A is a 72 channel Neve VR with flying faders. Monitoring comes in the form of ATC SCM110ASLs, Yamaha NS10Ms and an eight-channel Hear Back system.

Who designed and built Studio A?

It was designed by Wesley Lachot. His firm, Wes Lachot Design Group, is based in Chapel Hill, North Carolina. I had worked in a studio that he designed. As I walked into the control room and heard the sound coming out of the speakers, I knew that that was what I wanted.

So it took me a couple of years to save up and get all my ducks in a row, but there was really no doubt who I was going to hire when it came to designing the studio. Then the building was done partially by local contractors who have helped me build all of the things here over the last 15 years on the property and then the acoustic finish work was done by a firm that works pretty much exclusively for Wes. They’re called Brett Acoustics and they’re based in Durham, North Carolina, so I’m really happy that I decided [to go with them].

You can just hire Wes and kind of do everything yourself or you can hire him and his team. I’m really happy that I not only hired his acoustic contractors, but I also hired his wiring guy, Thom Canova. Canova Audio is also based in North Carolina and so I hired kind of the whole team.

The process is so meticulous and every little detail, every quarter of an inch is critical and you’re only as good as the weakest link. That really proved to be true and so having multiple layers of redundancy to kind of double check and triple check the whole build process along the way was really, really helpful.

So I was very confident because I had experienced Wes’ room at Strange Weather. I was very confident that, acoustically, I was going to get the results that I desired. My main concern was that, aesthetically and vibe-wise, the room was going to seamlessly integrate with everything else that I already had going on here because studios can be very clinical or Star Trek-like, or kind of like a dentist office.

That was not the vibe that I was looking for and I talked to Wes about this before he came up and he said, "Well, you know, my main concern is acoustics first and foremost and I will try to give you the vibe that you want. But you know, it’s got to sound right". I had never met him in person and he was a little stern about it.

He came up here and he’s kind of a rock star in his own right and he deserves to be, because he’s a badass studio designer. I showed him around the property and he was kind of stone-faced and I was talking about the vibe and everything and then I showed him the live room which is all barn wood and rustic and he looked around and I’ve got a black sepia tone photograph of The Band on the wall and as soon as he saw the photo he took his glasses off and his face lit up and said, "Okay, I get it now".

“They’re my favorite band. I almost recorded a record of theirs in 1982, but then Richard Manuel killed himself and the project fell through.”

He said, "Okay, I know what you want. Instead of using of one type of acoustic fabric for your studio, we’re going to go with an open weave kind of burlap look and we’re going to use rough cut barn wood on the acoustic treatments and that’s going to get you the vibe that you want.

I expressed the desire to have as much natural light as possible in the studio so that when you’re sitting at the console, you’ve got light streaming in from both sides and also from the back. You can sit at the console and you’ve got light coming through to the ISO boost on the side and then you look straight through the live room and you’ve got big windows at the back and you can see the animals grazing, so we also went with like sepia tones in the control room.

So the whole studio and the control room has like a ’70s, warm, naturally-lit vibe. Of course it’s going to be like a spaceship because of the gear, but it’s like a spaceship from the 1970s.

Could you tell us about the console you chose for the studio?

When it came to which console to get I set my budget for what I could afford and I thought that the world was going to be my oyster because I had budgeted about $60,000 for a console installed. Having come from more of a DIY recording background, I really thought that I was going to have a lot of options in that price range. It turned out that the options were actually very few. And for that money, I was looking either at some kind of hybrid workstation like an SSL Matrix, or a 16 channel API or a smaller boutique kind of desk.

I was like, OK, I can get a 72-channel, fully-automated Neve console. Which for running a commercial studio, it’s kind of the only name that people know that are not studio heads. I didn’t understand how it could be so cheap.

I really didn’t understand why this desk, which was half a million dollars when it was new was all of a sudden $25,000. I now understand why these desks are on the cheaper side. The maintenance on these consoles is very intense. What happens with them is that they were not vented properly from the factory. There was a design flaw where the engineers thought that the heat would just kind of dissipate through the top through the console but there’s so much heat generated that it’s not able to escape from the modules.

So the modules just cook and the capacitors leak and the plastic components for the switches and the rotary pots all just basically get fried. So people that own these consoles are faced with having to recap these consoles every five to seven to 10 years at the most and a full recap of one of these consoles costs about $20,000. So you’re faced with a tremendous amount of downtime and stress as the hours tick away. So really the heat is the issue with these consoles. And so before I bought the console I discovered that there’s one guy in LA who created a cooling modification for this console, where you have a dedicated exhaust system, which sucks the heat out of the console. You go in and you physically cut the ends of the modules to allow the cool air to be drawn in from the front and the hot air to be sucked out the back.

So once I discovered that I decided to go for the VR and I incorporated that modification into my studio. So now, instead of running at a 118 degrees, my modules are running at 80 degrees. And of course I had to do a full recap of the console. I got the console a year before I installed it and that year was filled with technicians coming from LA, from Nashville and from New York City to work on this console.

My decision to get a console was proven correct on the very first session that I had up here because when you don’t have a console and when you’ve got a workstation with a computer and you’ve got the engineer, there’s only one person that can run it, so you’ve got the engineer working the mouse and then the band on the couch with their cell phones, reading books, reading magazines and are basically half checked out of the process. The first session that I did here with the console, the entire band was up at the console for the whole session playing around with faders and playing around with mixes.

There’s plenty of room for the band and it really engages the bands so much more in the process. So rather than just being checked out on the couch, they’re all up at the console, playing around with the faders. So the first session I was like, OK, I made the right decision to get a console. 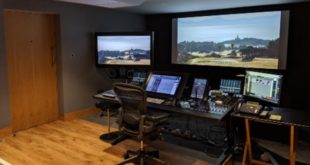