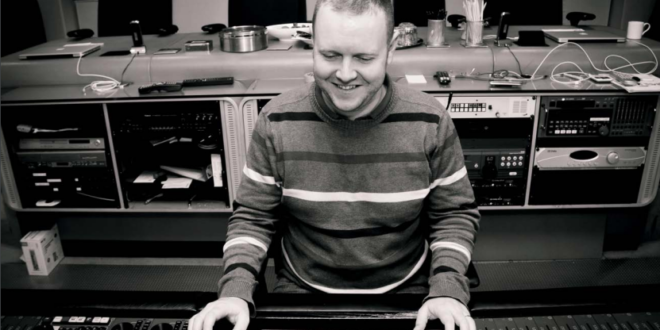 The sudden popularity of all things VR has made spatial sound seem like a bit of an overnight success. For the team at Soho post-production house Grand Central Recording Studios (GCRS), it’s anything but.

When AMI visits its all-new dedicated immersive audio mixing facility Audio Lab 2, GCRS technical lead Steve Lane reveals that the team have been experimenting with 3D audio for around 12 years. The difference is that now, the demand is there – interest in such projects from its roster of world-class clients is currently at an all-time high. GCRS mixes sound for TV, cinema, radio, online and interactive media.

In March this year, it won an IDEAS award for its immersive audio work on a Sky VR project (which proudly sits on the studio’s AMS Neve DFC Gemini desk during our visit). High-profile clients also include tech giants Google, Samsung and fashion label Burberry, and increasingly, these world-renowned brands are reaching out to GCRS to push the boundaries when it comes to creating audio in their VR endeavours.

“More clients were asking for things in VR,” Lane explains, which led to the arrival of the new Audio Lab 2. The studio space is fitted with a full Dolby Atmos system and Third Order Ambisonics speakers on the lower level, creating a mixing facility with ample desk space for creative collaboration.

This recent addition to the London premises proves that GCRS has its sights firmly set on the future of audio – being the first post-production studio facility in the UK to make the full transition from analogue to digital technology.

“Things have changed,” Lane says. “This new studio is the basis of our research and development into the 360 immersive audio sphere. Our previous R&D gave us a fundamental understanding about how we hear, and also how we position sounds within an environment. However, there previously wasn’t really a platform available – for a consumer at least – to experience that.”

Then VR got big. With the growing popularity of headsets and investment into small VR developers from Facebook, YouTube, Twitter and the like, the medium has an ever-increasing reach to the general public, which is only going to get bigger.

Lane comments: “Now, leaders in that field are developing these algorithms that play sound around you. Since that started to occur, the ability to use immersive audio in more constructive and technical ways became a lot easier. A general realisation that audio is as important to immersion as visuals are is now here, and people have started to take it more seriously in the past three or four years.”

In April 2017, the studio launched its VR arm, GCVRS, to focus on the far-reaching potential of the format. Six months later, the Audio Lab 2 was officially open for business. Where the Atmos system gives a big, cinematic sound, the Ambisonics speakers are essential in creating the realism needed when designing a soundscape for an immersive video game, for example.

Joining Lane on the VR team on the day of AMI’s visit is Mirren Malcolm-Neale, a VR tech assistant with a degree in maths and music, who’d initially worked at the studio as a runner. Now, Malcolm-Neale tends to assist Lane with the sound design and Lane assists her on the development side. GCRS co-founder and technical and finance director Ivor Taylor explains that the “creativity and experimentation involved” in this new kind of working relationship is creating a “lucrative new skill-base”.

The new studio and its specialist VR team have already proved popular with clients, and it’s clear to see why. A long table and row of chairs at the back of the room allows for full collaboration between creator and client, as people from all stages of the project’s creative process can witness the audio being made collectively, with everyone experiencing the same ‘sweet spot’.

This accommodating space combined with the dual Atmos-Ambisonics systems means this is the first studio of its kind in the world, according to Taylor. It’s a futureproof set-up, as VR moves from being something that is experienced mostly through headphones, to something that will be heard more on speakers, with the rise of installation and experiential-based audio.

“The type of people we work with are creative – whether they’re directors or producers or something else – they all want to come in and be part of that process when we’re designing the sound,” says Lane. “We would previously sit there with a headset on, listening to headphones while we were doing it, [and the client] would be kind of obsolete at that point.

So I would have to say, OK it’s your turn to check the mix, until everyone had listened and said their comments and then would have to work on it again for another 20 minutes. So, with this room, what we can do is come out of the headphones and have everything in the speakers around you. It’s revolutionised the way that we’ve been able to approach sessions and allows people to feel much more involved in the process.”

Taylor comments: “The idea that we’d end up with the VR crew in here wanting to use the entire room as a development place – with clients coming in to be involved with the VR session – is transformational.”

The Atmos set-up comprises a 32-speaker array with 12 high level speakers in the ceiling and 20 speakers nominally at sitting-ear height. Richard Furse of Blue Ripple Sound, a pioneer in the area of spatial sound technology, collaborated with David Bell from acoustic specialist White Mark on the Ambisonics design. “We’d bought the Atmos system but weren’t completely sure where to install it,” explains Taylor.

In the meantime, we were developing a relationship with Richard Furse, the managing director at Blue Ripple Sound and a guru in Ambisonic sound. Because VR was charging forward very rapidly, software had started allowing you to put immersive cues in.

“At that point, we said we’d actually like to have a Third Order Ambisonics studio, but it made sense to do the Atmos installation at the same time. So, in the hardware sense, we installed the Atmos speakers and then put the additional low-level [Ambisonics] speakers into it.”

The Dolby Atmos system was originally intended for Studio 5, where feature film trailers are usually mixed, but an executive decision was made to leave the room as is and instead install the speakers in Audio Lab 2. “Studio 5 was so busy that actually taking it offline for about two to three months was not commercially practical,” Taylor explains.

“Studio 5 has also gained a particular reputation for developing sound for feature film trailers, so the idea of ripping it apart and putting a completely new acoustic design in had a lot of risks attached to it. Therefore, we made the commercial decision not to do it.”

The forward-looking features of Audio Lab 2 mean the studio will be able to adapt with changing developments in the VR sphere within the next decade and beyond.

Lane comments: “What we’ve been finding is that what can be done visually [in VR] is pretty impressive, but a lot of people assume the audio side will be fine without actually putting that much craft into it. But now, more and more people are starting to realise that it’s not a full experience unless the audio matches what you’re seeing visually.”

And with the unstoppable rise of immersive sound, what does the future hold for mixing sound in postproduction? Taylor points to the desk. “This desk, and other desks like it, will be fundamentally obsolete within five to 10 years, technically speaking.

The work that’s going on in VR will bleed across into other areas. Other mixing styles will start to emerge. That doesn’t invalidate something that the Beatles did, for example, as that’s a particular style of mixing. But what we’re interested in is having a room in which we can experiment. We’re already doing things in this room that we never imagined we’d be doing.”

Now GCRS has the full capabilities to explore the VR realm even further, who knows what the next 12 years could hold?