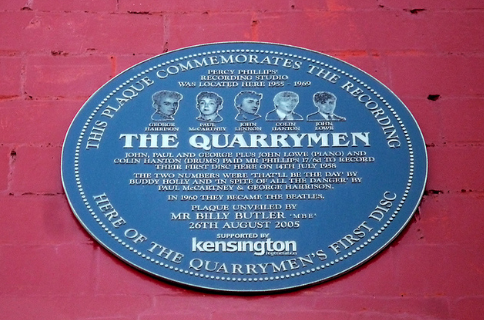 The first ever recording by the Beatles – now thought to be the most valuable record in the world – will be remembered in a studio exhibition in Liverpool in August.

The debut recording from The Quarrymen, recorded at Percy Philips’ Sound Recording Services studio in Liverpool on July 12, 1958, took place 60 years ago this month.

The Quarrymen recording featured Buddy Holly cover That’ll Be The Day and a McCartney/Harrison track In Spite Of All The Danger.

The studio was founded by First World War veteran Percy Phillips in 1955 in his small terraced house in the Kensington area of Liverpool. It will be mocked-up for the exhibition during International Beatle Week in August, housing historic memorabilia and previously unseen and unheard artefacts from the time.

Phillips’s grandson Peter said he has wanted to showcase the studio for more than 30 years in order to get his grandfather’s name added to the history of the Beatles.

Peter told the Press Association: “It’s been a long-held ambition of mine to release this material. Grandpa died in 1984 and we were left with his studio equipment and all of this archive of acetate discs, which we looked after.”