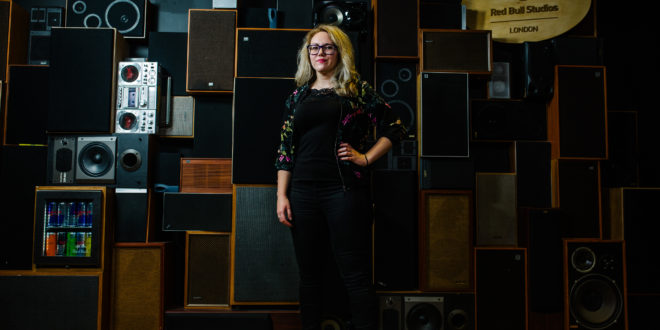 When Audio Media International asked me to write another opinion piece, I was completely stuck. I have so many opinions (maybe too many), but a lot of them would probably send a few readers to sleep. After some deliberation and coming up with nothing, I decided to take to Twitter (as always) to ask my audio buddies what topics they’d like to see more of.

There were some great suggestions ranging from best studio snack (thanks Romesh Dodangoda) to “the proliferation and injustices of patriarchal nepotism inherent in the system” (Drew Bang). Both of these topics I could discuss at length, but I still wasn’t feeling the vibe. Many other engineers also gave cracking topics, which maybe I’ll touch on one day, but I needed something that I could relate to right now.

I told (AMI editor) Murray Stassen that I would be away for a week or so and that I’d have a topic ready for him when I returned. As I frantically ploughed through a pile of mastering work that had to be wrapped up before my holiday, I felt myself burning out. Writing an article was the last thing on my mind and after a very hectic start to the year, I just wanted to have a break and forget everything.

And it was when I was sat on a snow covered mountain that it struck me – we all need hobbies outside of audio to be able to full appreciate our incredible jobs.

I was on a snowboarding holiday in France with about 60 other amazing people, and the brilliant thing is that no one asked what I do for a job, or even cared. It was bliss to be able to have a conversation that at no point touched on the subject of audio. It was amazing to be able to chat without weighing up the group for potential collaborations or work opportunities.

In my experience, working in pro audio for almost a decade, a lot of engineers work incredibly long hours in very intense environments. It gets to a point where you realise that all your friends are either engineers or musicians, and you notice that even when on a break in the studio you’re still discussing audio in some way.

Then, after a long day, you get yourself down to a networking event (because you’re freelance and the work never stops) where you don’t even realise that you’re having the same conversation with each person you meet and you’re just on autopilot. I mean, I even start my day by listening to audio podcasts on the way to the studio!

It’s a huge privilege to do something you’re so passionate about as a career, but I really believe that in order to appreciate it fully you must take time away from audio. I don’t just mean going and making a brew and checking Facebook, I mean actually having a proper break and doing something completely unrelated, a couple of times a week.

The subject of mental health in the music industry is huge right now, and it should be for the audio industry too. Self care is something that seems so unnecessary when you’re working the dream job, trying to find more clients, saving up for new gear, replying to enquiries, living your best life on Instagram and generally trying to be a total boss. However, as someone who’s seen what being over worked can do to a person’s mental health, I think it’s so important to take the time and look after your physical and mental self.

As engineers, a large part of our jobs (for mastering at least) is sitting on our bums, listening and analysing. Exercise is pretty much the opposite of sitting down and using your ears, and the internet tells me that it has a whole load of health benefits including stress reduction, boosting energy levels, helping sleep, and reducing risk of depression. Who’d have thought?

Thanks internet! So if you’re working long, stressful hours and you need to make some time for yourself, it seems like exercise is the logical answer, which is what lead me to take up snowboarding in the first place (jump back to the top of this piece, I was sat at the top of a mountain and it gave me some proper #inspo). But it wasn’t until this year that I realised, having a break from audio is so incredibly important.  Go and cook a meal with friends, read a book or meditate. Just make sure you do something.

Do you remember when you were a student, and you were so stressed but decided to have a night off anyway, and then the next day your essay seemed to write itself? That’s what I’m talking about!