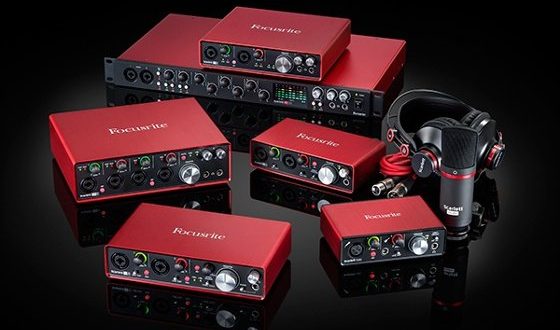 Every year around 200 British companies are recognised by the Queen for their outstanding contribution to industry, and this year Focusrite Audio Engineering will receive its fourth prestigious Queen’s Award, this time for Innovation.

Focusrite was chosen for its second-generation Scarlett range of USB audio interfaces featuring the virtual absence of undesirable latency (delay) – an innovation that was introduced to the market in 2016.

The company was established in 1989 and has previously received two Queen’s Awards for International Trade, reflecting the global success of its products and notably the Scarlett ranges, first and second generation. The first Queen’s Award for Innovation was for the company’s Novation brand of controller software Automap. Focusrite Plc joined the AIM market in 2014.

Focusrite chairman Phil Dudderidge, said: “We’re delighted to receive this award for Scarlett. Whilst the second generation of the Scarlett range still provides the user with the best value and feature sets in the market, we set out to push the boundaries of the USB 2.0 interface performance to deliver the lowest latency possible between the computer and the device. More musicians record their music using a Focusrite Scarlett than any other single brand of audio interface.

“We are very pleased that the Queen’s Award Office judges recognise the innovative nature and success of Scarlett Gen 2 and appreciate the importance of innovation in the professional audio industry.”