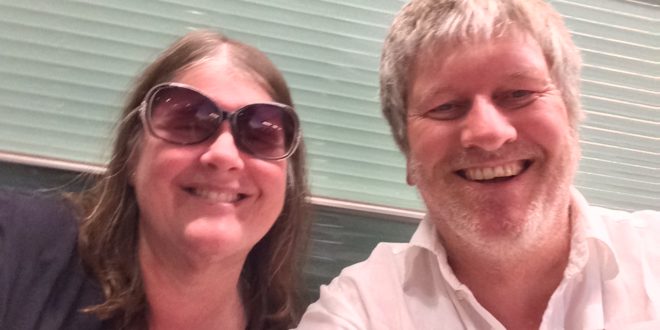 His business started off doing custom installs and manufacturing, followed by a range of audio products including power amps, dynamics and then mixing desks – all under the “ACES” brand.

In 1981 he designed a 2” 24 track recorder to compete with the Soundcraft SCM760 and this product evolved into the Studio Magnetics AR2400 which sold over 250 around the world up until 1992.

"Over the years these products got me into studios and I started a keen interest in acoustics to go along with electronics and mechanical engineering that were required in the manufacturing side of things," explains Keeling.

In 1993 he got asked to design and build a small private studio for Nick Murphy (Bassheads) up on the Wirral.

"One thing led to another and before long, we were doing three studios at a time and gaining entry into a wider market that included London Soho studios, lot’s of Educational projects and numerous more private facilities.

"One early project we did was for Dave Hewson (News at Ten theme) down in Bromley. The studio was built in 1994 within the garage part of his home and included the supply of a Raindirk console and full technical install. Six years later we built Dave’s second studio down in Rye following his move to the coast."

Studio People has completed various notable projects recently, including a new studio for the Libertines at their hotel in Margate as well as a number of audio-for-games studios.

Here, Keeling tells us about how the company started and how the studio design and build sector has developed over the last 20 years…

When and why was The Studio People launched?

The Studio People Ltd. was formed in August 1999. Prior to that I operated as a Sole Trader under the name of SM Acoustics (the “SM” originating from the Studio Magnetics brand). The reason for the name change was to have something that brought together what we did (studios!) and why we did it (people).

What we do is design and build a future for our clients, whether that is for a College/University providing a creative career for it’s students or a song writer to work in a great environment in their home location. We are the “people” that make this happen so I think the name suits our ethos.

What was the first project that The Studio People completed?

The first project for The Studio People was for Frontier Post in Wells Street, London. Sadly closed now but this was an audio for post room with attached Booth and Machine Room.

How much has the studio business changed since that first project?

Quite a bit. We are doing much larger projects now and have upped our game on the design front, both M&E and acoustic related ideas are way more advanced having learned from so many years experience in a multitude of different projects. We have built a great team of people in the business to allow this to happen and today we are taking £1m+ value projects in our stride. Client expectations have certainly risen also and we constantly review how we do things in order to improve efficiencies and quality. As one of a very few ‘one-stop-shops’ in the UK, we pride ourselves in giving the client what they want at a sensible cost. Today this presents challenges when you take into account tax, H&S and a dwindling skilled labour market.

Could you please tell us about some of the key members of your team?

Everyone in our team is a key element of our company, however to name a few:

Wendi Keeling (financial controller) has worked in the business since it’s inception. She looks after the money (and me!). She can also wield a soldering iron when needed.

Jodie Owen (accounts assistant) joined us in 2011 and provides a great assistance to Wendi in the finance department. She loves organising our events and also looks after product sales.

Joe Keeling (operations director) has been in TSP since 2007 and manages a busy team of site builders along with overseeing manufacturing.

John Holmes (technical solutions manager) joined TSP in 2014 having worked a UCLAN and Studiocare. He brings a wealth of technical experience to the company and works closely alongside myself looking after the “kit” side of projects.

Chris Smout (commercial director) works alongside Joe in managing the site operations along with project bids and pricing. He came to us as an accounts assistant in 2008. He is an avid musician and loves getting his teeth into a challenging project.

Martin Sandells (design manager) looks after our busy design department running Autocad, Revit, 3D Studio Max, Artlantis etc. He comes from an architect’s practice and has been with TSP for three years.

What trends are you noticing in terms of the types projects (and their requirements) you’re being commissioned to work on?

The types of projects we engage with today are not much different to those from 10 years ago apart from them being generally larger and more complex. From an acoustic standpoint, the laws of physics haven’t changed and our solutions are very similar now to those from the early days.

The way in which these techniques manifest themselves in the final room design have, of course, evolved. As we get better at the process we tweak and change to improve on design, finish, efficiencies and aesthetics whilst ensuring that the rooms “work” acoustically and technically. The trends are quite mixed. Looking at Music Studios there are projects that are minimalist, all in-the-box and then there are clients that still want the analogue solution with a nice big desk to boot. We are doing much more traditional technical cabling now than ever before and putting in SSL and Audient consoles has continued to be a common solution for clients both Commercial and Educational.

Tell us about a couple of notable projects that you are currently working on, what they entail, when they are expected to be completed etc.

We are working on several large projects at the moment:

Leeds Arts University is a six month build with completion in August 2018. It features an SSL control room, three live rooms, a drum practice room and five smaller practice rooms. Below that is a fully-floating 230 seat auditorium and a film studio. We are working with ISG (the main contractor) and have responsibility for design, build and technical fit-out. The project value is £ 1m+ and below is a render of the auditorium.

University of Chichester is another large project that we started on site in December 2017 and valued at £ 1m+. Another new building, this time by main contractor Galliford Try, the works for TSP include a 250sqm film studio, 100sqm green screen studio, vision gallery, dub suite, nine edit suites and an SSL Duality music studio. Project completion is July 2018.

We are also now appointed to a large project in Leeds City Centre for LBU working with GD Construction and includes multiple music studios, Rehearsal/Ensembles, a full Commercial studio and test chambers for anechoic and reverberation testing. Project completion is early 2020.

What are the biggest challenges the company is currently faced with (technical, competition, anything really)?

By far the biggest challenge we have is skilled labour. We have vacancies permanently out for carpenters, joiners and M&E engineers and see this as our primary focus in building the business and being able to handle the increasingly larger projects whilst retaining our one-stop-shop philosophy.

Competition is more about persuading clients that studios need to be designed and built by specialists…currently we compete with main contractors for the internal fit-out works in media areas and I still see a misalignment of understanding between a bad room and a good room when it comes to studios and we constantly strive to enlighten.

At the moment our order book is full of educational facilities, but we do try to keep a good balance. It’s really important that we can continue to bring our commercial experience into the private and educational sectors.

We currently do have a small commercial project about to get underway in Montreux, a high end private SSL studio near Abergavenny and a private SSL studio near Banbury. The large new build projects are inevitably always going to public funded and thus typically educational however large commercial projects do come our way for example a large multi-suite project in central London and numerous audio-for-games studios are projects completed in the last two years.