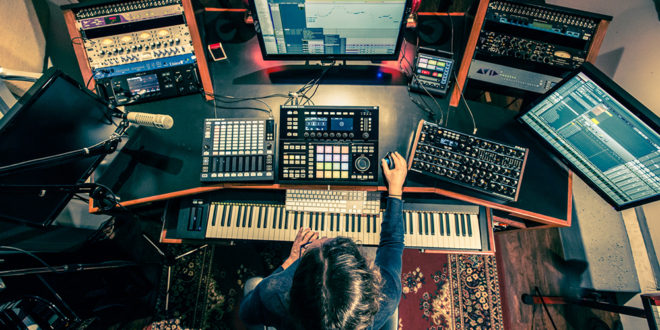 The latest update to Pro Tools introduces a new numbering system. Presumably Pro Tools 2018 is effectively the new version 13, but have Avid included any major changes to their iconic DAW?

Since version 12 was released, Avid has beenupdating Pro Tools more regularly than previous versions. New features have trickled through, a select few at a time. This of course is typical of modern software, evolving gradually rather than the major updates previously seen. This was made possible, thanks to the subscription models and update plans that Avid introduced with Pro Tools 12. As new features are written, Avid have been able to release these to their customers far quicker. There are now a host of new features that benefit all walks of its users. Pro Tools 2018 is the first significant

change to the numbering system, but is this really a major update? I dived in to investigate the new features. New Features The first part to this update is in fact a new iLok license. If you’re updating an earlier version of Pro Tools, or are subscribed to Avid’s update plan, to run Pro Tools 2018 you must first update the license on your iLok. Providing you are upgrading correctly or have a valid update plan, the new license will automatically appear in your iLok account.

Using the iLok License Manager, you will be asked to “surrender” your current Pro Tools 12 license. This leads me to my first piece of good news for existing users; the new iLok license will allow you to continue to run earlier versions of Pro Tools 12. This is helpful to those that may have the software installed on more than one machine with projects on the go. After I activated the new license, the new version of Pro Tools installed without any hassle. With the new license, Pro Tools 2018 introduces iLok Cloud Support. As the name suggests, with the latest version of iLok License Manager you can choose to move your license to the cloud.

This clearly means you can access your license from anywhere, without needing to carry your iLok. This in-turn frees-up a USB port and soon this will include network licenses too. It’s clear to see the benefits of cloud-based licensing; if nothing else you won’t need to worry you’ve forgotten your iLok ever again. Most of us are now connected to the internet continually these days. If however, you’re concerned about a poor connection or are needing to record a band in the middle of the jungle, then you can still use the physical iLok. From hereon, the new features of Pro Tools 2018 have a music production theme about them.

However, several of these new features will also benefit the post world too. For example, a simple but welcome addition to the mix window is an EQ curve graph on each channel strip. This display helps provide an overall view of tonal changes within your mix at a glance. It’s great to see that this display works with third party plug-ins as well as Avid’s own, even accumulating multiple EQ changes from a single plug-in chain. Some may wish however, that this display was editable and viewable from the edit window too. For those that are creating music with Pro Tools, Avid have enhanced some MIDI editing aspects. With a host of new keyboard shortcuts, users can now edit MIDI notes with greater ease. Transposing notes, changing durations or altering velocities can all be done via these new shortcuts. Useful tools are also included, such as quickly building chords via duplicating notes within a key, and extracting chord progressions from a MIDI performance.

The MIDI side of the job with Pro Tools 2018 now also features Retrospective MIDI recording. This means that any MIDI channel, which is record-enabled, will go into a “listen” state. If while you’re rehearsing a part you play a good performance or a new idea, then Pro Tools can add the MIDI information to the track via a simple shortcut. Playlist comping has also received some of the focus with this update.

A combination of new a “Target Playlist” with some new keyboard shortcuts has been implemented to make comping easier and quicker. It can be tiring and confusing to jump through several takes to edit a final part, particularly if you’re dealing with several tracks in a group. Playlist view for example, can require too much screen real estate to be of use. I love these new features, which allow you to quickly and efficiently select the best parts from the Waveform view itself. A major new feature, which many have been waiting for, is Track Presets. Yes, it’s finally here. Pro Tools has always had a comprehensive method to import session data, which the new track presets follow in a similar style. Several users were implementing macros as a work- around for the lack of track presets. Those days are over however, but what’s more, Avid have implemented this long-awaited feature in a very intelligent fashion. Even I, who isn’t a believer in using the same presets regularly, can see various ways in which the new track presets will speed up some of my workflow. Besides the obvious, track presets can be used to recall a host of partial elements for a track, or group of tracks.

Only effects chains can be recalled for example, or even complete routing information with automatic creation of bus processing on the destination of sends or outputs. Have they done enough? Pro Tools has long been considered the DAW of choice, even being referred to as the “industry standard”. This used to be thanks to several strong reasons, but in recent years Avid have received criticism for thriving off this heritage. We’re now in an era where other DAW’s have stepped up the game so significantly, even long-time Pro Tools users have moved away from the Avid family. Looking at this update alone for example, there aren’t any ground-breaking features here. Several of these features have in fact been available in other DAW s for a while. I know many will jump to the conclusion that Avid are merely trying to “catch up”.

Whilst I understand these points, I certainly don’t share this view. We must remember that one of the reasons Pro Tools has typically been the weapon of choice by the professionals, is down to the way features are implemented and the reliability of the application as a whole. Maybe track presets has only just been brought in, but the power Avid has given the user with track presets in Pro Tools 2018 blows the equivalent feature in any other DAW out of the water. Yes, perhaps Avid do need to continue adding features like these to Pro Tools, keeping it in-line with modern expectations. However, I believe it’s great that they are. They are listening to what users want and are delivering well thought through and efficient solutions. I’m still proud to predominantly be a Pro Tools user, and long may it continue.

Over 60 effects, sound-processing and utility plugins