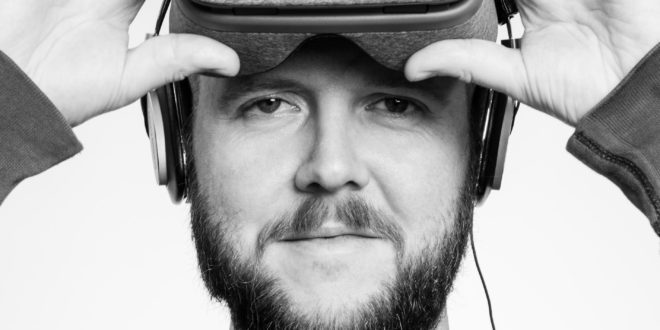 As various new listening formats continue to see increased implementation across the board, creative opportunities are becoming easier to access for post production professionals.

Coupled with the need to adhere to specific audio standards and deliverables, mixing and mastering for TV, film and video games has become somewhat of a balancing act.

The explosion of immersive formats such as Dolby Atmos and VR is undoubtedly the start of an industry-wide revolution, and many believe that the best is yet to come.

Following on from our March issue‘s special feature on mixing sound for the screen, here, a number of professionals offer their thoughts on the rapidly changing post landscape and reveal how they achieve high-quality mixes in an evolving market.

We had a fantastic 2017. Since opening Studio 7, a Dolby certified Commercials & Trailers suite almost exactly a year ago, we’ve regularly mixed 10 projects a week for cinema. We’re now also working on a lot more long-form audio and foreign dubbing work for high profile clients, which is really exciting.

In Studio 7 we’ve done quite a bit of work in Atmos and mixed work for VR experiences, although traditional 5.1 is still the preferred spec. Across the wider facility however we do loads of 3D mix work. We’re lucky enough to be part of the same group as Red Apple Creative, a specialist audio and digital agency who write the most incredible 3D audio scripts. A lot of that work is designed specifically for the big online audio platforms – where lots of people listen wearing headphones – so a perfect audience for 3D! We get to produce 99% of Red Apple’s work, so 3D and binaural is a huge thing for us.

It’s a great time to be in the business. Along with our traditional TV, cinema and radio, digital has properly come of age now. With all the work on new platforms like Atmos, VR, and binaural, we find that variety breeds opportunity.

On the audio for advertising side, we’ve seen a gradual shift away from the traditional agency model towards one where the clients have more say – that seems to be much more commonplace now. We find ourselves on procurement lists now which we never did before. The relationships we’ve built up with clients and production companies are invaluable; they will often request their agency use us for the audio, which is certainly a different dynamic.

Today we work in accordance with three major deliverables in our commercial work: EBU R128 -23LUFS (UK and Europe), -24LKFS (North America and other territories) and the generic 6PPM (everything else).

EBU R128 -23LUFS and -24LKFS give more dynamic mixes as they are based on average loudness, whereas 6PPM is more compressed and limited. This means working in different styles as, with R128 -23LUFS and -24LKFS, you have more space to play with and can give the mix a more dynamic rounded feel. The loudness standards also help to keep everything at a constant. Of course, many commercials have digital online versions and cutdowns for social media channels. We tend to use the 6PPM mixes as templates for levels as the mixes will be tighter for laptop and phone use. Often, depending on the platform, these may get rendered to -1db peak.

We recently launched Audio Lab 2 – a dedicated Dolby Atmos Theatrical and third order Ambisonics (TOA) immersive audio sound design and mixing facility. I believe we are one of the only sound companies in the world deliver

ing Dolby Atmos projects for both theatrical commercials and trailers.For Dolby Atmos commercials, we deliver RMU files for Dolby to MXF Wrap and they then send these on to the screen distributors. For trailers, we also do an Atmos recorder session which has 9.1 beds in it, with the 118 objects recorded with their associated panning information. This means countries can take the trailer, revoice it in their language and put it back together again in Atmos, in a workflow that’s quick and precise.

The explosion in delivery formats and the ramp-up in content creation over the last 10 years has, in some ways, led to a hey-day in post production. However, along with the increased overall production has come deliverable schedules running into many pages of different formats and specifications of increasing complexity. We have also inherited all the integrated loudness specifications from broadcasters, which can make the creative process hard to align with the technical. EBU and ATSC specs proliferate the industry and thus the art of true “mastering”, which was not such an important part of the post process previously, has now become front and centre in everything we do.

When we mix feature films for cinematic distribution we are creatively lucky. We have an audience in a (hopefully) controlled environment, with tight specs, where we are able to use a very wide dynamic range as part of a large-format storytelling environment. It can be – and should be – an engaging, emotional and immersive experience for the audience.

However this does not translate well to the home/second (third, fourth) screen experience for the consumer. In that situation, wide dynamic range material results in constant grabbing for the volume control and worse – loss of comprehension of the story. Therefore we are now making “nearfield” mixes for non-theatrical consumption as a normal part of the process. These mixes are performed on small speakers, in a truly near-field environment and are mixed at significantly lower volumes, to replicate the home experience.

In a similar fashion to the music mixing techniques, we also often review on smaller formats during the process. As such we are now employing real mastering techniques to communicate as much of the intensity of the original program as possible, without breaking through the overall level barriers dictated by our respective standards bodies.

This is actually resulting in extremely high quality content because we are focused finally on the experience of the average consumer in the home rather than just relegating home video delivery to the second-class citizen status. It’s also creatively fun – we are playing with multiple compression and EQ strategies, multi-band, dynamic EQ, bass management – in order to preserve the creative intent of the filmmaker and communicate it into the home.

When we started as a company we were almost entirely providing sound editorial for TV drama, mainly for the BBC. We now cover every aspect from VO recording to full audio post production and mixing for major TV drama series and features for the global broadcast suppliers, as well as picture post for single features and documentaries. Dolby Atmos pushed us forward by allowing us to take Sherlock to the next level and brought us to the attention of those clients who are starting to deliver in Atmos. I think the best is yet to come as consumers become more aware of it.We also started out in the game industry working with an independent game developer on a POV sci-fi platform game. We got involved in the early stages of development with the game engine, audio implementation and the challenges of mixing in a 3D space. Since then, we’ve completed projects for multiple platforms and are enjoying the challenge of using sounds creatively in an interactive environment to enhance the in-game experience. We’re continuing to build relationships with local and national developers and have some potentially exciting projects on the horizon.

In terms of workflow, there is a great deal more being done via file hosting and streaming, to the extent that it has become an integral part of the production and sign-off approval process for final mixes. A little extra time has to be factored in to allow for the notes coming back rather than having a discussion with someone in the mix theatre, but it really helps to break down geographical barriers and keeps things on schedule when key people are moving around. The industry keeps evolving to produce an increasingly high standard of work, while the best of the picture and sound work on TV in an average weeknight is often feature quality.

Working on a wide range of different projects means working with a variety of formats and delivery methods, down to platform-specific file types. When it comes to VR, level measurements and mixing require completely different thinking. The user could be looking in any direction at any time, so it is important to make sure that, while the overall balance is good, the individual elements you are highlighting are also prominent enough to stand out when required. At the same time, it’s important that the audio is not overly loud at points when it is not intended as the focus of the user’s attention, which can mean a bit of a balancing act.