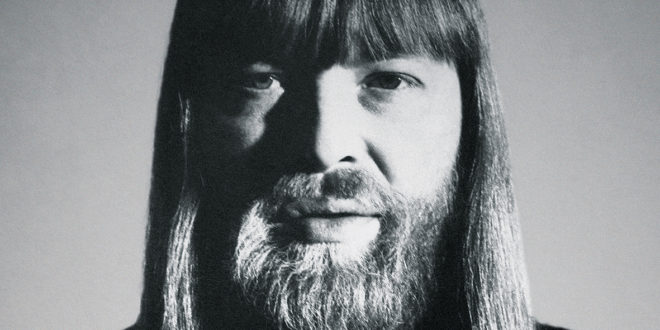 Legendary German engineer and producer Conny Plank was the man behind the desk for recordings by Kraftwerk, the Eurythmics, Killing Joke, Devo, Brian Eno, Ultravox, DAF, Gianna Nannini and countless others. Here, his son Stephan Plank and producer David M. Allen tell Daniel Dylan Wray about the legacy he left behind, including the custom desk he built which is now in London’s Studio 7.

There’s a scene in the 2017 documentary Conny Plank: The Potential of Noise in which Jalil Hutchins of the hip-hop group, Whodini, is brought to tears when recollecting the memories of working with the German producer.

So overcome by recalling Plank’s generosity and warmth when it came to capturing the group’s sound that he has to walk away from the camera.

It’s a quick, almost fleeting, moment in the film but it’s one that simultaneously captures the essence of the person in question and also the breadth of his work.

Plank may be synonymous with krautrock, having produced Can, Kraftwerk, Neu!, La Dusseldorf, Cluster, Harmonia, Guru Guru and seemingly just about every pioneering German group from that period fascinated by and fixated on expanding the possibilities of repetition, elongated grooves and merging precision playing with a loose, exploratory nature.

However, as this scene with Whodini proved, his palate and accomplishments were much wider than this greatly adored genre of German music that over the years has morphed from having a cult-like following to seeing groups like Can be sampled by Kanye West or appear in films by Paul Thomas Anderson. Plank produced, engineered and hosted a wealth of artists across his career, including Eurythmics, Killing Joke, Devo, Brian Eno, Ultravox, DAF, Gianna Nannini and countless others. Plank did almost all of this from his home studio on an old farm on the outskirts of Cologne, Germany.

“He was an ideal partner and creative mind,” remembers Cluster’s Hans Joachim-Roedius. “He became like a third member of Cluster later on.” Plank’s character is remembered as much as his skills behind the desk, as Joachim-Roedius recalls. “He was such a great personality from the beginning. Every meeting with him, either at work or otherwise, was a big gift for Moebius and me.”

Plank’s role in sowing the seeds of what would become one of the most pioneering, innovative and influential periods in contemporary music was a crucial and early one. He produced and shaped countless names through periods of identity searching as they attempted to align a sound, skill and vision that would match their ambitions.

He guided the work of Ralf Hutter and Florian Schneider (before they founded Kraftwerk) in the group Organisation and then into and through Kraftwerk’s first four albums. Although their first three albums have all but been disowned by the band now, with 1974’s Autobahn being seen as something of a ground zero for the group to go hurtling into the future – after Plank had brought them to this period and helped turn the ignition in the car before they drove off.

Michael Rother of Neu! and Harmonia was a frequent collaborator with Plank and he recalls the deep-set “understanding and enthusiasm” that Plank had for his work in Neu!. Not only does Rother praise his abilities in the studio but his man-management skills of keeping harmony between the occasionally disharmonious pairing of Rother with his drummer, Klaus Dinger, was key to allowing the band the creative space and flow needed to form their beautifully dichotomous music.

Rother and Dinger often clashed as people but were glued together because their talents made so much sense when placed together, merging hurtling and propulsive rhythms with immersive and dream-like guitar ambience swirling around it. Neu! Only lasted three albums before calling it a day after relations soured for the pair but Rother credits Plank in getting some beautiful work out of them during that period that perhaps otherwise may not have come.

“It was incredible how precisely Conny could sense our ideas,” Rother reflects. It was in fact the music of Neu! playing over and over again as Rother, Dinger and Plank worked in the studio that formed one of the earliest memories for Stephan Plank, Conny’s son and the co-director of the recent documentary.

“My father was interested in authenticity, believability and innovation,” Plank says of his father. This natural intuition for talent of all kinds would go some way to explaining Plank’s varied and consistently strong catalogue but it also offers a further insight into his abilities as a producer going beyond technical skills. Plank’s work remains refreshingly free from a date-stamp production technique, the consistency of his output not so much tied to a style, tone or production method but a personal one that allowed and extracted the best from the people that came to record with him. A sense of freedom. Back in 2012, John Foxx recalled his eye-opening experiences working with him.

“He provided this safe place to operate and gave permission for you to do whatever you wanted, then he quietly recorded everything. He said he felt it was important to allow people to go mad in their own particular way – to go through all the boundaries in order to get something new.”

Plank reacted to working situations, or potential working situations, based on what he thought he could bring to it or get out of it and so this often meant passing on huge projects if he didn’t connect with it in some way. He disliked Bono’s bravado and ego and so passed on the opportunity to produce the monster-hit album, The Joshua Tree, and when David Bowie came knocking to enquire about working with him on the record that would become Heroes, Plank and his wife, Christa, sensed that Bowie’s drug habit and behaviour would not be conducive to the environment of making music in his studio and home.

Such unique approaches to people, as well as sound, resulted in the shunning of genres and traditional convention as far as his son is concerned. “He was not interested if something was krautrock or new wave, labels were not important to him, it was about the people who made the music and if they had the ability to be authentic in their art.”

This authenticity was achieved by tapping into the essence of the artists he worked with. His instructions in the studio would not so much be technical when trying to extract something he wanted out of an artist but, according to his son, a favourite saying of his would be, “make me feel”.

This thought process and statement of intent is further backed up by his preference to often record live, specifically drums, as he would eschew the often sterile, compressed and contained sound that would become the staple production style around this period. The pairing of Michael Rother and Can’s drummer Jaki Liebezeit on Rother’s solo works being a glorious example of this. The life, vitality and skipping beat of the drums almost seem out of place and jarring against the pastoral wash of the guitars and ambience but as the music evolves – with the drum beat marrying an almost country-like shuffle with the now notorious precision of the motorik rhythm – they soon interweave and create something staggeringly rich and alive. Something that, quite literally, makes one feel, such is the tangible nature of his production work.

One person who, back in England as a teenager, was most certainly being made to feel from the work of Plank was David M. Allen. Allen is a producer with a sparkling history behind him, having produced the likes of the Human League, The Cure, Depeche Mode and The Sisters of Mercy. “I heard a Can record when I was about 18,” he recalls. “Although I was about 28 before I looked at my record collection and thought, ‘bloody hell, a third of them are by Tony Visconti and another third were Conny Plank.”

Allen, along with producer Laurence Loveless, owns and operates Plank’s original custom made mixing desk from Studio 7 in Tottenham. “Somebody told me that Conny’s studio in Cologne had been sold,” Allen says. “So, one drunken night at about two in the morning, I was having a bit of a nostalgia search, going through the old Conny stuff and then found the desk up for sale on the web. I bought it with a friend and producer of mine called Mark Ralph. It’s a work of art, it really is. I couldn’t bear to see it go without a fight. I think because I had a personal relationship with Stephan, he knew I’d look after it. To treat the old lady with respect as they say.”

Plank died in 1987 at just 47, leaving a remarkable legacy behind him for his age. Whilst Allen himself never got to meet Plank, he did end up recording in his Cologne studio after his death through working with the Italian artist, Gianna Nannini, who Plank had also previously produced and she requested they work in his studio. Allen would also go on to produce more work there, such as the Damned, and feels he’s yet to visit a better studio.

“I think it was the best designed studio I’ve ever been in,” he recalls. “The control room, monitoring desk, lights, acoustics, equipment-wise… the best I have ever worked in. It also had a very human feel; you could really tell it was a guy that designed it, a person that had made it, not a professional designer. Although he did know his shit.”

Allen’s point, despite never having worked or even met with Plank, lines up with those that did. Of a figure with a powerful human touch that often resulted in something that felt otherworldly. Further adding to the on-going paradox that the future of electronic music being shaped at the time was as rooted in the human as it was any machine. When asked to explain what made Plank so unique as a producer, Joachim-Roedius doesn’t pick out a technique or a studio memory or how he got a sound but instead simply recalls the beauty of his “intelligence and soul”. 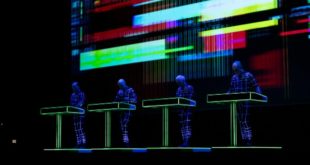 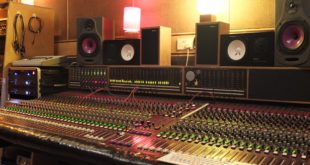