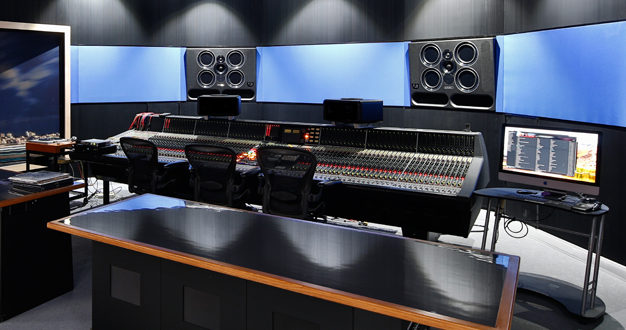 Studios 301, Australia’s longest running professional recording studio, has installed PMC loudspeakers in all but one of its recording, mixing and mastering rooms at the newly relaunched multi million dollar complex in Sydney.

QB1-A monitors were chosen for its new Control Room One (pictured above), making it the first facility in the southern hemisphere to install PMC’s flagship monitoring system.

Alongside the QB1-A monitors, Studios 301 opted for PMC’s recently launched MB3 XBD-A monitors for Control Rooms Two and Three and Mastering Rooms Two and Three. The monitors have been installed in stereo configurations in all rooms except Control Room Three where they are part of a 5.1 surround sound set-up, in conjunction with a PMC MB3-A centre speaker and MB2S passives for the rear surrounds. Studio 301’s remaining Control Rooms Four and Five and three production suites are all equipped with PMC twotwo monitors.

The design of the new complex is a collaboration between acoustician Jochen Veith and SAE Institute founder, Dr Tom Misner, who reacquired Studios 301 at the end of 2016.

“The PMC MB3 monitors were the only ones I could find that were sufficiently versatile for recording, mixing and mastering,” said Misner. “We are very happy with the sound they deliver. All the local engineers who have heard them have been pleasantly surprised and are looking forward to working with them. I also love the character of the twotwo speakers that we are putting into the production suites and smaller mix rooms. I am quite familiar with these, having used smaller PMC speakers at Abbey Road Studios. My main criteria were to use the same monitors throughout – for the smaller rooms, the main rooms and for mastering.”

As well as featuring classic Neve 88R and SSL K series consoles, and a complement of vintage outboard and microphones, Studios 301 now has an API console and an Avid S6 in its purpose built 5.1 mixdown suite.