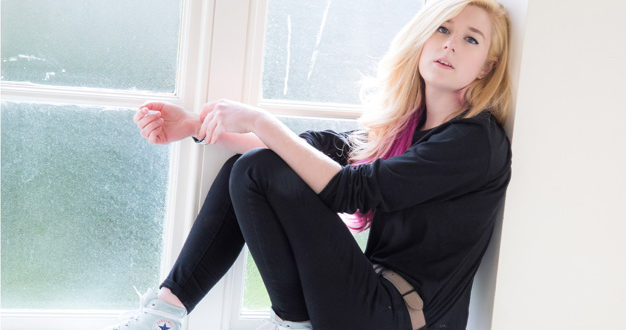 22 year old Lauren Deakin Davies is a self employed, self taught record producer and engineer with her own studio and portable studio for OB’s. She has produced nine Albums, six as a sole producer (two of which are award-winning), produced over 25 EP’s and produced or written over 200 commercially released tracks.

Gaining popularity on BBC Radio 2 and 6 Music since 2013, she also bagged the NMG award for Producer of the Year in 2017.

Here, AMI sits down with Deakin Davies to find out how she has been getting on in the pro audio industry since getting her big break.

How did you get into the industry?

I got into the industry the way a lot of people have done, which is through playing and writing music and more specifically being in a band that was doing alright when I was younger, and who were recording a lot. I seem to have quite a strong love for music technology and so when I was in the studio it seemed to come more naturally to me to be doing the engineering side of things. I think you have to be a special breed of person to want to sit in front of the computer listening to the same section of music over and over again but for some reason, that’s me!

What are some of your credits?

I had a minor but inspiring (for me) role on Laura Marling’s project Reversal Of The Muse, I recently produced the whole of Kate Dimbleby’s solo vocal a capella album, Songbirds, which comprised entirely of vocal loops and have worked with folk pioneer Peggy Seeger on the Armistice Pals charity project, recording her in her home.

What was your favourite project and why?

I thoroughly enjoyed working with Kate Dimbleby because it was a completely new type of project for me. I had never taken on something like this before that wasn’t a conventional recording and so we completely threw the rule book out, which is something I tend to do anyway when I’m recording in my studio, but we really went to town on trying different sounds and samples and I’m so happy with the results.

I don’t know if I can call it my favourite project; in reality most of the projects I work on are my favourite because they are always slightly different and you get to work with such diverse artists. I feel really lucky that I’ve been able to work with some of my best friend’s as well on these recording projects, which means that being in the studio is always a massive laugh!

What is your favourite item of audio gear and why?

I primarily don’t use outboard gear and use a lot of inbox stuff partly to do with the size of my studio and also I think it can be more versatile with the style of production that I do. I really love my UAD quad Apollo and also have the Digigrid iox systems as well which is Waves compatible, so I have so many plugins. I guess my favourite things in my studio are interfaces!

What industry professional inspired you the most to do what you do?

My main inspiration for getting into music technology was my innate ” just ‘hearing’ things in the music. I’d be lying if I said there was a specific producer that got me wanting to do it, it was more that after I’d been doing it for a while I researched people who specialised in my field and I think that’s what’s given me a bit of a different approach to production because I am self taught. I never really followed the normal path that producers do, and my idols now are people like Catherine Marks and Charlie Andrew.

I have loved studying (on my own) the work of Paul Epworth as well as Max Martin and Ryan Tedder who I guess are ‘classic’ pop producers. I think these people really influenced what I do indirectly although my commercial output is a lot more orientated around folk, singer songwriters and a few bands so perhaps that slightly different path is what’s given me a different kind of insight into how I approach what I am doing.

What’s the best bit of advice you can give to anyone trying to break into the industry?

I get asked this question quite a lot and it’s cliché but there’s no one way that you can really get into production. Conventionally, back in the day, you could get an apprenticeship or an internship at a studio as an assistant and work your way up, but those days are kind of gone now. You can study if you want and that gives you some basic understanding but I didn’t study and just shadowed in studios and learnt how to do it myself, which is what has put me in the position that I am in now.

The best advice would be to work on your friends songs and start getting a small setup yourself so that you can learn how to use it, so that you can then go into other studios and work on projects. It really helps if you can play an instrument or write basic songs because then you have real creative input into the production that you’re doing when you’re working on a track, which is really satisfying.

Previous Exclusive: In the studio with Steve Aoki
Next The global sound reinforcement market will be worth $9 billion by 2023