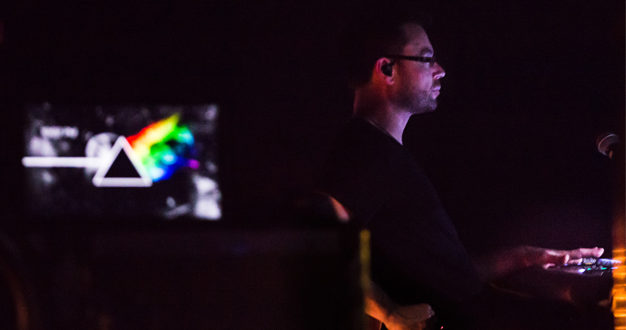 Matt Napier on mixing monitors for Roger Waters’ Us + Them tour

Matt Napier knows better than anyone the trials and tribulations of touring. In the last five years alone, he has mixed monitors for Leona Lewis, Michael Bublé, Madonna’s Rebel Heart Tour, and most recently, the North American leg of Roger Waters’ Us + Them tour, which hits Europe, Australasia and South America this year…

When he started university and ended up doing a few shifts at the Venue in Oxford, it is fair to say that Matt Napier was blissfully unaware of his musical future. The guys who ran the nightclub sound system offered him some work, and the nightclub lost its license shortly after, yet the local music community all helped out and the Venue reopened as the Oxford Zodiac.

It was at the height of Britpop in 1995 when Napier dropped out of university and began working at the Zodiac full time as its in-house sound engineer. With a thriving local and national music scene and with up-and-coming bands passing through the venue, he used this as a starting point to build his knowledge of mixing live sound. Napier is now an accomplished monitor engineer with 20 years experience in the industry. Here, he tells AMI about life on the road, and where the journey began.

How did you first get into mixing monitors?

When I was working at the Zodiac we used to occasionally rent extra gear from the local PA company Tiger Hire which was owned by Jim Parsons, who is an incredible teacher. I started freelancing for Jim, and eventually I left the Zodiac and started freelancing, working for local bands and Tiger Hire. I also started working for Skan PA Hire in Reading (now in Newbury), culminating in 1999 with a job offer at The Millennium Dome. I worked there full time for eighteen months, making a lot of great contacts and seeing how large scale productions are put on.

After the Dome I went back to freelancing, upon which one of the best FOH engineers out there, Ray Furze, got me to do monitors for some of his acts. I’ve pretty much been a monitor engineer since then. I spent a good five years doing monitors for UK pop acts, nearly all through Production North. In 2005 I got put up for the Madonna gig, and I’ve worked with her ever since.

What advice would you offer to someone looking to get into the industry as a monitor engineer?

Being a monitor engineer is 30% engineering skills and 70% psychology. You are not mixing for yourself, you’re mixing for someone else, so you need to get inside their headspace. It’s always amazing how you can have ten different musicians on stage and you may have ten totally different mixes, each one unique. If you are starting out you’ve also got to be prepared to put in the groundwork. The show is two hours of your day; it’s how you act in the other 22 hours that will dictate if you ‘make’ it in the industry.

Could you describe your typical rig setup?

Console wise, I am a huge fan of the Digico SD7. It’s a very reliable, flexible work-surface and the infrastructure systems mean it can cope with massive input. From a monitor perspective it has an equally impressive number of outputs. I like to add some external FX to give me a bit of flexibility. I still use the Lexicon 480L reverb; for me the Random Hall verb is fantastic for in-ears. I like to use a couple of Al Smart C2 compressors for bus compression. My other favourite compressor is an Empirical Labs distressor. My preferred vocal chain is a Midas XL42 with a distressor inserted before it hits the SD Rack. This gives me a bit of analogue warmth and feel that is sometimes missing from digital.

In-ear wise, both UE and JH have some great units, but currently I am using the JH Roxannes as they really work well on stage. As RF often falls under my remit, I love working with the new Shure Axient Digital, but for in-ears I still prefer the Sennheiser 2000 systems as the compander is a little bit more gentle. Speaker wise, when I do need them, I have always been a fan of D&B V’s for side-fills and the M4 wedges. I also highly rate L-Acoustics speakers with the 108P being an amazing speaker, especially for keyboard players. The new recent cohesion system from Clair has also impressed me a lot. The CM22 is a great wedge and the CP118 sub is the best drum sub I’ve come across. I still have some Clair 12AM wedges on stage as they just work fantastically.

How did you originally get involved with Roger Waters and was there anything you did specifically with your setup for the tour?

I got the call for Roger from an old friend of mine, Mike McKnight. In tandem with that, Greg Hall from Clair knew me from years back so he seconded Mike’s recommendation. I had a phone chat with the FOH engineer Trip Khalaf and they offered me the gig for Desert Trip. That was a bit of a baptism of fire; we had a relatively short rehearsal time before doing a few warm up shows before the gig. The first two shows were the Foro Sol Football stadium in Mexico City and the third was in the Zocalo Square to 300,000 people!

For the tour we changed very little and just refined a few things. So far it’s been very smooth. The only thing new for this tour is the amount of SMPTE snapshots I am running, as we have a huge surround FX system to give the audience an immersive experience and there is a lot of sound design/FX coming from playback. All the music is live but the FX (trains/storms/ gunshots/mad Scotsmen), are coming from mic and playback. Because of this, the musicians are – for a large part of the show – locked to click, and SMPTE is running all the time. This has allowed me to really give each musician an unprecedented level of attention. Each song has multiple snapshots, so if a musician wants a ride for one section it’s automated. This frees me up to focus on the variables in the show and really spend my time making sure Roger’s mix is spot on for him, whilst making sure the other musicians get what they need.

What is your favourite piece of gear and why?

My hammock; without it I am not sure I could tour. Sometimes if I don’t get a quick nap I get very grumpy! It’s amazing how audio gear has changed over the past ten to fifteen years. The ability to multi-track the show relatively easily and affordably is a godsend. I record every show and then the following day I can use the multi-track recording to do my own virtual sound check before the band gets in. It allows me to tighten up mixes, programme changes and generally stay one step ahead.

What has been your greatest personal achievement?

Keeping my amazing wife and having a relatively normal home life! Professionally I’ve had some amazing gigs, mixing FOH for The Prodigy headlining a festival, watching Madonna come out the stage on a Swarovski Cross in the Rome Olympic Stadium, mixing monitors for Kylie Minogue in Abbey Road Studios for a week recording an album, and Roger Waters’ Zocalo Square show have to be some of my favourites.

I am incredibly grateful for each musician I tour with as I am still learning; each musician has taught me new skills and helped me adapt and improve as an engineer.