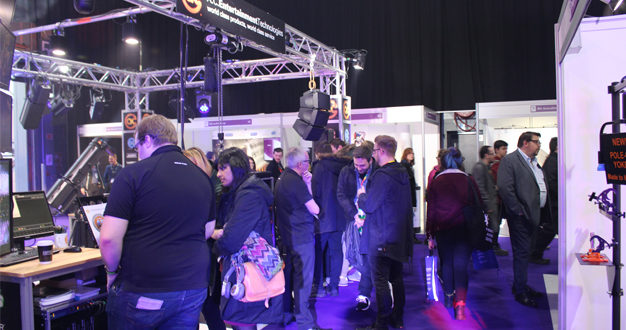 PLASA Focus Glasgow kicked off the 2018 show season last week, providing a regional platform for professionals in the industry to connect and discover the latest technology in the market.

Situated at the Scottish Event Campus, the show welcomed nearly 800 attendees through the doors over two days. Exhibitors reported busy stands, as well as a high quality of visitors including key decision makers from Scottish events and production teams.

Over 85 brands showcased the latest products in lighting, audio, AV, rigging and staging, as well as a busy programme of seminars, workshops and product demonstrations.

KV2 Audio hosted a demo room alongside their exhibition stand where attendees could listen to the ultra-compact passive ESD 25 loudspeaker with active EX 1.5 subwoofer and EX 15 loudspeakers at drop in sessions running throughout the show.

Production services supplier Adlib also hosted a demo room, offering visitors the chance to demo products including the new SYVA Colinear System from L-Acoustics; the latest SQ Series console from Allen & Heath; the M32 console from Midas; and the SD12 console from DiGiCo.

Meanwhile, PLASA and PSA teamed up with the BBC to discuss approaches to mental health issues in the industry and Oran Burns from d&b audiotechnik led two highly informative seminars about frequency response for live sound systems. In another collaboration with the BBC, a lucky handful of visitors were taken on a backstage tour of the BBC Scotland studios – just over the river from the SEC – to see the production facilities for ‘The Quay Sessions’, a live music programme filmed in front of a live audience.

There was a great buzz to the show floor, the quality of visitors was high and business was being done

Christopher Toulmin, commercial director of PLASA, said: “It’s been another wonderful year in Glasgow and a great start to 2018. Despite rather unfavourable weather conditions [a snow storm hit Glasgow during the show] there was a great buzz to the show floor, the quality of visitors was high and business was being done.

“Our next stop is Leeds, where we will be celebrating the ever-popular PLASA Focus Leeds’ 10th anniversary. We have some exciting plans in development to mark the special occasion in style.”