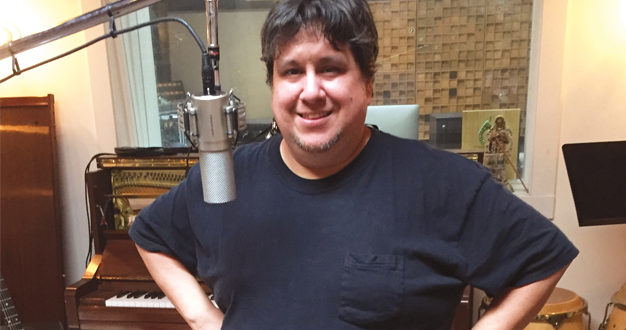 Audio-Technica’s new AT5047 cardioid condenser studio microphone has recently been used on a wide variety of projects from top producers and engineers in the industry.

Multi-Grammy award-winning engineer/mixer/producer Ross Hogarth (Keb’ Mo’, Flogging Molly, Van Halen) has been in the studio with the AT5047 and shared his thoughts.

“When I first heard about the innovative multi-capsule technology of the AT5047 microphone, it really tickled my curiosity,” said Hogarth. “In testing out and using the AT5047, I found the microphone to be incredibly flat and uncoloured. One can choose to colour it with different preamps and compression choices. The headroom and flat response makes the 5047 an extremely versatile microphone.”

Niko Bolas, known for his work with Neil Young, Melissa Etheridge and Warren Zevon, added, “In all, the AT5047 is a very unique microphone, having the character and dynamics of a great condenser but the shape and size of a really good ribbon. We used it on a recent project for The Mavericks, on all the acoustic guitars, most of the percussion and electric guitar.”

“It’s not often that you come across a new microphone that’s so outstanding, you would use it on any instrument or vocal,

Multiple-Grammy award-winning engineer and producer Al Schmitt (Paul McCartney, Bob Dylan, Diana Krall), a long-time Audio-Technica user, revealed, “I just used the AT5047 on a male vocal at La Fabrique in Provence, France. I’m just knocked out by how good this mic sounded, now it’s on my bucket list to have in my personal arsenal.”

Robert Carranza (pictured), whose extensive work includes a wide variety of artists including Marilyn Manson, Salvador Santana, Jack Johnson, The Mars Volta and more, commented, “In this new age of making records in hotel rooms, on tour buses or just about any place with a power outlet, the AT5047 is as elegant as a photographer’s Leica camera, yet rugged enough to take anywhere and capture the nuances of any tone.”

“It’s not often that you come across a new microphone that’s so outstanding, you would use it on any instrument or vocal,” stated Elliot Scheiner (Steely Dan, Van Morrison, The Eagles). “Occasionally I’m asked, if I can only afford one mic, what should I get. The AT5047 is that microphone."

The most recent addition to the company’s 50 Series, the AT5047 is a premier studio microphone that features the same capsule as the AT5040 but with a transformer-coupled output and optimised electronics, designed for capturing instruments as well as vocals. 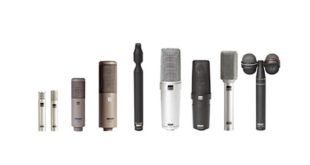