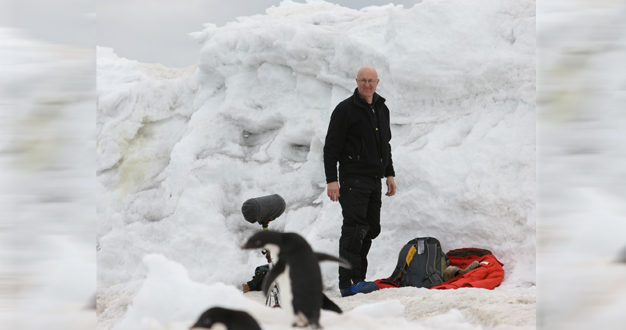 BBC sound recordist Chris Watson will use a PMC 5.1 monitoring system to demonstrate examples of his work when he delivers an immersive seminar at the University of Wolverhampton on 25 January, 2018.

Watson has travelled the world capturing sounds of the environment, nature and the animals that inhabit these environments for programmes such as Frozen Planet, Blue Planet, Hy-Brasil, The Ice Mountain and Midnight At The Oasis.

He is widely regarded as an expert in this field and his seminar audience will include university members of the AES, members of the Institute of Acoustics, acoustic and measurement equipment companies such as Rolls-Royce, WSP Group, ANV, ATKINS, ARUP and AECOM, artists and musicians from the West Midlands and Wolverhampton University students studying for degrees in Music Technology and Music and Media.

PMC is supplying a 5.1 sound system comprising four twotwo.8 monitors and a Sub-2 to provide the audience with an immersive experience of Watson’s work, including recordings from the South Pole where he captured the sound of icebergs using hydrophones.

The seminar, in collaboration with Midlands Branch Institute of Acoustics, is part of the public lectures that the university organises each year. It will take place in the Black Box Theatre, a 108-seat venue that is part of the university’s Performance Hub, which includes a number of PMC-equipped studios and critical listening rooms.

“We are delighted to assist Chris and the university by providing a sound system that meets his requirements for this seminar,” said PMC’s professional audio and CI sales manager Ian Downs. “He needed a monitoring system that could deliver a flat response from as low as 40Hz and a sub that could go down as low as 20Hz. Our twotwo series is ideally suited to this task and is also a product that the university’s technical team are familiar with. We look forward to demonstrating the clarity and power of PMC monitors to this very distinguished audience.”