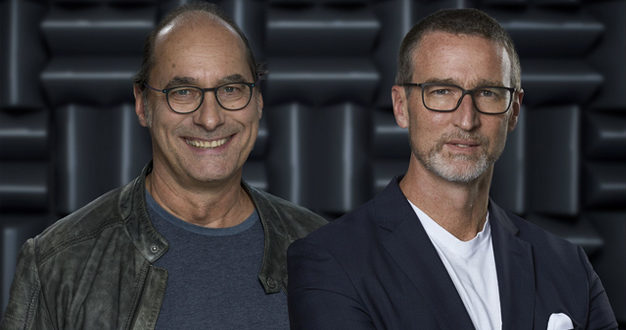 Chief financial officer of d&b audiotechnik Kay Lange has handed over his role after 31 years with the company.

Nilsson is responsible for finance, sales finance, IT and facility management at d&b. Originally from Sweden, Nilsson has been working in Germany for more than 20 years. He brings management experience from roles in finance and controlling, as well as sales and marketing. In his last position as group chief financial officer, he was a member of the executive board of Knauf Insulation, a manufacturer with 1.6 billion Euros of annual revenue, and more than 5,500 employees worldwide.

“We look forward to working with Jens Nilsson as new CFO at d&b audiotechnik”, said Harman. “He has the right experience to strengthen the management team on its way from a loudspeaker systems manufacturer to become an audio technology and solution company.”

He added: “Kay Lange’s contribution to the growth, successes and spirit of d&b audiotechnik can’t be valued highly enough. We owe him a lot. We plan a secure handover for the next months.”

Kay Lange (pictured left) joined d&b in 1986 when the company, and its then 10 co-workers, had just moved from a garage into a former furniture shop. In 1989, when the number of co-workers had raised to more than 20, Lange had three months to find a new location, successfully finding the Backnang premises. This decision still pays off today, as d&b continues to expand its 25,000 m2 headquarters, with over 350 co-workers in Backnang.