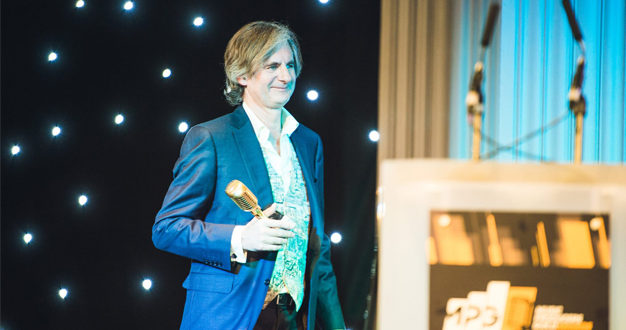 Prism Sound is a manufacturer of professional grade digital audio converters and interfaces for recording studios, broadcast studios and voice logging recorders. Here, AMI discovers how the company has evolved with the times as it celebrates its 30th anniversary.

It’s been an interesting year for Prism Sound. It’s not often that a manufacturer gets the chance to reflect on three decades in the pro audio business, a privilege usually reserved for those with the most respected, reliable offerings.

Since Graham Boswell founded the company in 1987, teaming up with Ian Dennis two years later following a stint in digital product development at Neve, Prism Sound audio interfaces have been used by countless professional artists and studios worldwide, continually evolving alongside the audio industry in truly eclectic fashion.

“I never in my wildest dreams thought we’d be going for 30 years and it’s been quite a journey,” says Boswell. “In the early 90’s we started making products, and we found that to be something we enjoy doing that was also commercially quite successful.”

Prism Sound nowadays, as many may be aware, is very much focused on two main areas: professional recording products, and tools for test and measurement. Yet, the company has dabbled in many different areas over the years, providing mobile recording systems to the military and supplying recorders for intelligence and police purposes to various governments around the world.

The company certainly seems to be renewing its efforts to bring new products to the market, the next announcement of which will be made early next year regarding its existing product line-up, along with developments in other areas of the business. This past year on the other hand has seen the introduction of Callia, Prism Sound’s first hi-fi product for the home audio market based on the same technology as its Lyra and Titan interfaces.

The company has also stepped up a gear in terms of its testing and measurement offerings with the introduction of 17025 calibration, which is especially important in industries like automotive. “We’ve got an extremely competitive product which is full of clever features and capabilities which is used by many of our big tech and pro audio clients worldwide,” says Boswell. “We now provide this very high level of confidence in the accuracy of our measurements with this certificate.”

Prism Sound’s sales and marketing manager, Jody Thorne, believes that the industry is currently going through a renaissance period, whereby many high profile clients are coming on board with so-called ‘legacy’ products.

“ADA-8XR has been around for ten years and that’s a testament to the build quality and design infrastructure of that particular unit,” states Thorne. “The likes of Eminem have bought them in the last 12 months for his new studio, and people still say it’s one of the best sounding and flexible products on the market.”

The company is considering delving further into markets like the US, where there is significant room for growth and an opportunity to take the business to the next level. “People trust our integrity and professionalism and that’s why we’ve been around for 30 years. I like to think we’re one of the pro audio industry’s best kept secrets,” says Thorne. “We’ve gained that respect from people in the industry, whether it be students or professionals working in major recording facilities and organisations.

“We try to align ourselves with people that have our values and ethos at heart, like the Music Producers Guild (MPG). We’ve been headline sponsors of the awards for many years and have had a great partnership with them, which will undoubtedly continue."

Meanwhile, the company has now been running its Mic to Monitor tour for a total of eight years, an event that gives attendees a deep insight into the technology and performance of the essential components in a recording setup. “From our point of view, it’s about getting the message out there that it’s worth doing the job right,” says Boswell, also reflecting the company’s strong presence at the recent AES Convention in New York, where it marked its 30th anniversary by showing its full range of audio interfaces and converters. “It’s a very important forum for the industry and for us to be associated with.”

Three decades in pro audio has not been without its hurdles however. With the industry flipped on its head by the ‘gig economy’ and the analogue to digital revolution, Prism Sound has had a lot to contend with, and it has done so lucratively. The company’s most popular product, the ADA-8XR, bridged a time when people were first using Pro Tools as a tape machine replacement, to the point when it became an audio interface with an AES option.

“We’ve now supported three generations of Pro Tools on the same product line, moving away from FireWire and towards USB as a solid, ubiquitous interface choice that’s not going anywhere,” explains Boswell. “There’s no other company that makes high-performance audio gear and sells measurement gear to its peers and competitors at the same time, which we will continue to do. We’re also keeping an eye on networked audio as there’s some interesting developments going on there in terms of AES67 and Dante.”

“One of the things we’re looking to do is a full-day Mic to Monitor event at Strongroom Studios in December as a culmination of our year, so we’ll have done two tours in America and numerous Mic to Monitor dates throughout Europe,” concludes Thorne. “Getting the Prism Sound name out there and educating people on who we are and what we do is our priority.”

Prism Sound at 30: Audio pros tell us how and why they use the company’s products to enhance their workflows…

“Being a mastering studio – particularly in vinyl mastering – we employ the Lyra 2 for our vinyl QC/measurement rig, which is of paramount importance to our competitive edge.

With the Lyra 2, we can directly interface with SADiE and the first generation masters feeding our vinyl lathe. With Lyra’s low noise and high quality preamps, we can measure both flat, and with RIAA de-emphasis in order to calibrate our lathe to perfection. The thing I like best about Lyra is its seamless integration with SADiE 6, our primary DAW for masters.

“Congratulations Prism for 30 years of pioneering and the passionate pursuit of excellence. I’m proud to have been a beneficiary of this pursuit for the last 10 years, of which I’ve been an avid SADiE user.”

“The primary device that we have is the ADA-8XR and we have a total of 24 of them, which we’ve been using for at least ten years, if not more.

“At the time when we were starting the studio, we decided the ADA was a superior converter in terms of its transparency, along with the quality of the unit itself. They’ve been very reliable – our units are spread over six recording rigs, and quite often we have very large sessions. Our main rig is 88 I/O, so if we’re printing multiple stems as we may do on a film project, we may have to produce seven or eight different surround sound stems. The ADA’s are very easy to set up, particularly on our multiple I/O rig.

“You can tell that Prism Sound are passionate about their products and want them to be the best available. The proof in this is in the operation; we’ve had many successful albums come out of this studio and the majority have been using the Prism converters.”

“I’m currently using the Prism Sound Atlas. My production work with Pro7ect takes me to a variety of ‘non studio’ environments, and the core concept of Pro7ect is to have ‘creative spaces in amazing places’.

“The Atlas offers both fantastic conversion and flexibility from a larger number of inputs all in a compact and sturdy unit. I love the ubiquitous USB connectivity and powerful software, which has been 100% stable, and critical for the type of work that we do.”

“The number of inputs (two line and two mic) on Prism Sound’s Lyra 2 interface is great for the work that I do as I’m often tracking vocals or a stereo piano, while the aesthetic of the interface is also great for monitoring levels easily.

“I personally think the best part of the product is the downloadable Prism Sound USB audio software. It is very user friendly and all the functions for changing the input/output or gains are very easy to find.” 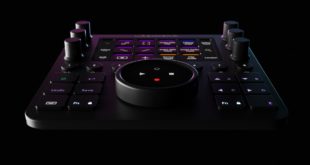