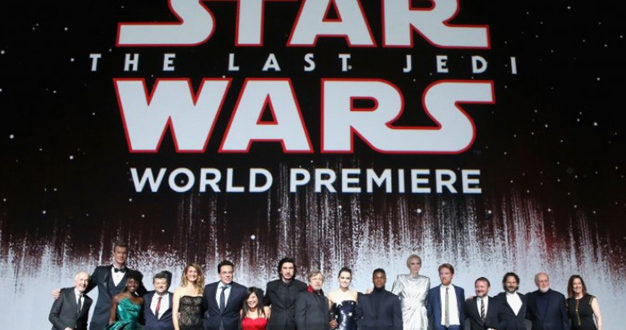 The installation included a 70 ft. wide by 30 ft. high screen, a Dolby Vision high dynamic range projection system (with full projection booth) as well as 193 speakers for 40 channels of Dolby Atmos, according to a recent report by The Hollywood Reporter.

According to the report by The Hollywood Reporter, a pair of overhead trusses weighing approximately 2,500 pounds each were hung overhead to hold the ceiling speakers in place.

Work on the design of the setup was started by Disney and Dolby six months ago, according to the premiere’s producer and Disney’s VP of special events production Michael Kern, who told THR: “We have been doing this with Dolby for so long we have a shorthand.”

The sound was configured in a joint effort between Dolby, Disney, project manager Drew Aldribge and sound designer Alex Guessard.

“It’s thrilling to put these kinds of events together,” Kern added. “We look forward to these big events. You bring in the best of the best.”