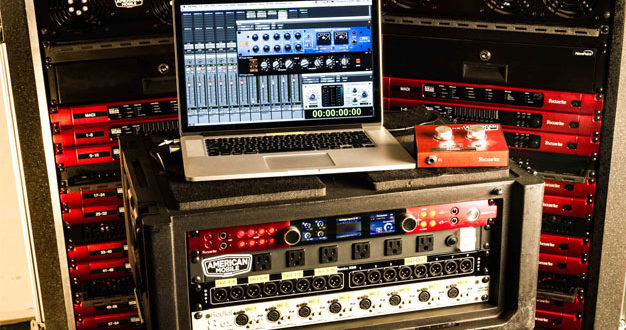 Remote production company American Mobile has further expanded its arsenal of tools from Focusrite’s RedNet range of Dante-networked audio converters and interfaces, acting as the signal-transport backbone of its portable systems.

Their systems have seen use at festivals such as Lollapalooza, Coachella, Stagecoach, and Bonnaroo, while the racks can also be combined as needed for shows with larger numbers of inputs. American Mobile chief engineer and owner Chris Shepard said the systems “allow us a lot of channel count, quick connectivity, and also a really low noise floor.”

“The [Red] 8Pre connects to everything – it can be a very small, compact engine, and allow us to expand,” said Shepard. The setups include Pro Tools on a laptop, the Red 8Pre, additional preamps as needed, and the Focusrite RedNet AM2 two-channel headphone/line out interface. “You can’t have enough of the AM2s” added Shepard, who relies on the units to provide “super-simple, fast and stealthy” feeds when the inevitable requests are made at live events.

The Focusrite RedNet systems are future-friendly according to Shepard, who concluded: “While the computers and a lot of the things that these units connect to with Dante are always changing, the Focusrite hardware and the Dante protocol are fantastic. It really opens your eyes to a lot of different connectivity, and so I think we’re still tip of the iceberg on what Dante can do. American Mobile has made a good long-term investment.” 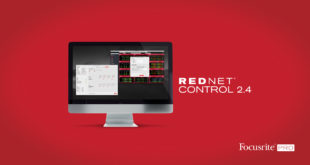