Home / Studios & Recording / Jolyon Thomas on how Slaves’ Mercury-nominated album Are You Satisfied? was made 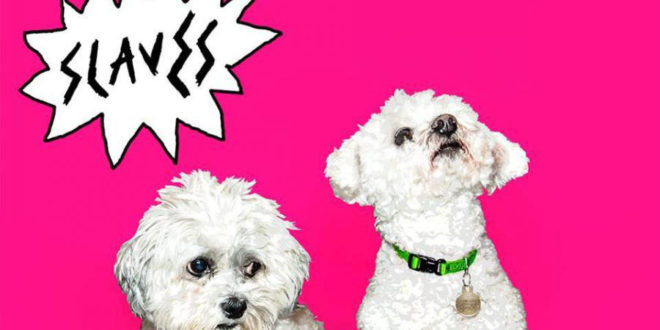 Jolyon Thomas on how Slaves’ Mercury-nominated album Are You Satisfied? was made

Jolyon Thomas is a producer and a musician with studios in London’s Wandsworth and Margate on the UK’s east coast.

Thomas has recently produced tracks on U2’s fourteenth studio album Songs Of Experience and is also the producer behind Slaves’ acclaimed, Mercury Prize-nominated 2015 album Are You Satisfied?

How did you meet Slaves?
I met the band because I have a video crew/collective. It’s basically me and a couple of friends who make music videos and we had a label and stuff. We did a video for Slaves and we met that way. It was quite organic the way we met. I didn’t sort of get employed initially. We just met on the scene. Then we started to do some tracks and we did one called Hey, which is a single off the album.

It just kicked off from there. I did that in a day, produced, mixed and everything. Mix one went out and got really good radio play, which was really good for them at that point in their career. They crossed over from rock to, This band is actually quite contemporary. Radio One picked them up which obviously means a lot to some people. It worked for them, the radio thing, being played and not just having to shout at people. Although they are quite heavy at times, they are also quite a bit more quirky, a bit more musical and a more interesting perhaps. So I guess that’s what I spotted.

Where was it recorded?
We did the first two or three songs in my little studio I had. I had like a really small studio with a tiny live room. That was great because it was just the two of them, so we could just cram them in. It was all done really fast to be honest. I recorded them and produced them and mixed them and I don’t think many mixes went past mix two. When we got to the album stage I would do the song in a day, but then I would do stuff like I would add some tambourine, or a bit of programming. Something other-worldly just to give it a bit production. Then that would be the mix and they may have said, Can you do on with the vocal up or something. But that would be it.

Then we went to the Strongroom in Shoreditch and did another ten songs there. That was really cool because they use up a lot of energy quickly. So you can’t sit in the studio for like 12 hour days working on a vocal. We would do three or four takes of a song and I would decide what I wanted to do with it. Some of the songs on that album were recorded live, just straight up, just live in a room. Some of the songs were recorded to a click, drums first, vocals, guitars. Some of them recorded to a drum machine, vocal first. There were no rules and I did that on purpose to make it a bit wackier.

How did you mic that all up?
Some overheads, because you’ve got two cymbals. A vocal mic in the middle which is there so he can sing if he wants, because why not? Then two mics, one on the top of the snare and one on the bottom of the snare, one on the top of the kick, and one on the bottom of the kick. But I think it’s how they fit into the production which is maybe more of the point, in that he is hitting a kick with a stick, that is on a stand. So you can call it a kick, but it’s not a kick. It’s a completely different sounding drum if that makes sense. If you added a kick sample on there it would just sound weird. Slaves don’t have kick samples, that is the sound of the drum. I think I went with a valve mic in the end, so quite a sort of round and tonal sound. It was a big, sort of round kind of sound. His tom kick thing basically sounds like an 808. It’s got a real tone. Sometimes it gets in the way and you have to tune it."