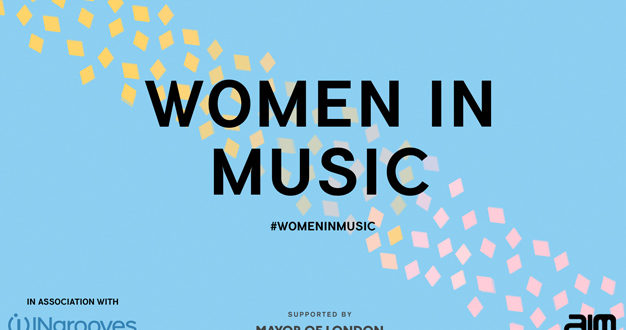 The Association of Independent Music (AIM) has announced the 2018 edition of its annual Women in Music evening.

Taking place at London’s City Hall on 17 January 2018, Women in Music will celebrate the successes and examine the challenges of women in the music industry.

The first of two panel discussions, entitled ‘Women in the Studio’, will see a selection of producers, engineers, mixers and songwriters discuss the rarity of women in studio roles and how they have built their careers in a notoriously male-dominated sector. The second panel, entitled ‘Female Entrepreneurship in Music’ will see a selection of female music business founders discuss how and why they established their own company and how they’ve achieved success.

In association with INgrooves and supported by the Mayor of London, the tenth annual AIM Women in Music event will give women (and men, who are actively encouraged to attend) the opportunity to network with key industry figures and to hear from some of the music industry’s most influential women, which this year include Marta Sologni (mixer for Bjork, Sampha & others), Paulette Long OBE (director, Westbury Music), Steph Marziano (producer and engineer, Denai Moore, Mumford & Sons and others), Abi Leland (Leland Music) and London Night Czar Amy Lamé.

The night will feature an exclusive keynote interview with solo artist and former Spice Girl Melanie C, who will speak candidly about her career in music and current success as an independent artist.

Speakers at the event include:

In addition to the annual AIM Women in Music conference, AIM is a partner and co-founder on the Music Week Women in Music Awards, and a signatory on UK Music’s Equality and Diversity Charter, which calls on music businesses to take simple, practical steps to improve equality and diversity.

Get your tickets here!