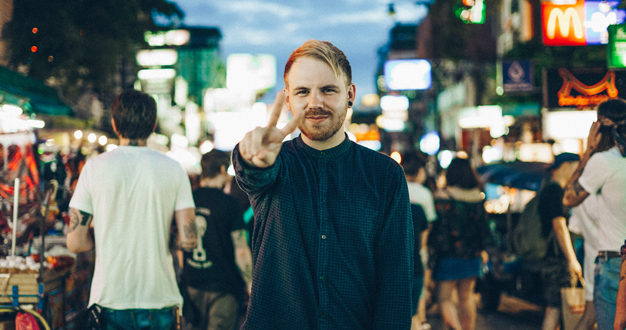 With the 2017 Pro Sound Awards just a few days away, Rising Star finalist James Hill tells us why he deserves to be recognised as the industry’s most promising young professional.

Hill works at Steel City Studio in Sheffield with owner Phil Gornell and is one of the main, in-house live engineers at Sheffield venue Corporation. He is also a full-time touring engineer, with an international tour booked with While She Sleeps, who have chosen him to be their full time FOH engineer and tour manager. The band has recently supported Bring Me The Horizon on their arena tour and have a headline slot on the Pit Stage at Reading and Leeds Festivals.

Where did you study and how did you first get into pro audio?

I studied Popular Music Production at the University of Huddersfield and graduated in 2012. The course was mainly centred around studio based learning; including recording, composition and production, mixing, and radio production. My first real break into pro audio was during my third year of uni when I worked a placement year at Corporation, a live music venue in Sheffield, sparking my interest in the live music side of the industry.

How did you end up in your current role?

My main roles at the moment are mixing front of house and tour manager for a band called While She Sleeps, who I’ve been working with for just over a year now full time. Over the past year I’ve been to Australia twice, south east Asia and done three European tours as well as dates in the UK. I have known the band for a few years and I’ve worked with their previous live engineers, Phil Gornell and Drew Lawson, at Steel City Studio.

The band asked me to work a few one-off festivals with them last year, which then led to a five week tour in Europe with them doing headline shows followed by an arena tour with Bring Me The Horizon. I got along with the band great so this then progressed to me tour managing them as they didn’t have a full time guy; I jumped in the deep end and started learning how to do that on the road!

How would you describe touring life?

Touring is a lot of fun but also very tiring at times. Shows out in Australia and Asia involved waking up at 5am to catch a flight at 8am, travelling a few hours to play a show, then doing the same again the next day, which can really start to wear you down. But to be in those places was amazing and every spare minute was spent travelling around to see as many cities, venues and landmarks as I could.

What’s the most difficult thing about being a live sound engineer?

Being away from my family for long periods of time is hard; my daughter just turned two so she’s at the age where she is growing up super fast. I’ve been away pretty much full time since April with While She Sleeps and a few shows with Deaf Havana, and while I’m probably only home for four or five days at a time between tours, my girlfriend and family are very supportive.

What are your highlights and achievements that you are particularly proud of?

I think mixing New Found Glory for a couple of tours is one of them. They were a band I loved when growing up so was super happy when I got that job. Mixing my first arena tour was something I always remember as a highlight. It was with a band I’d been touring with since my first ever tour called New City Kings (now called Kovic), and they got the main support slot on the McBusted arena tour. Getting to mix in the o2 Arena in London was amazing!

Mixing Moose Blood on the main stage at Reading and Leeds festivals was a highlight of this year, and getting to travel the world while working with While She Sleeps is something I am hugely proud of too, so I’m looking forward to this continuing this working relationship in the future.

What is the most valuable piece of advice you would offer to someone looking to establish themselves in live sound?

Always do the best you can, even if the band are terrible – make them the best sounding terrible band that you can! People will then start to notice you are good at your job. Be super friendly with bands and managers, you never know who might offer you a job on a tour. 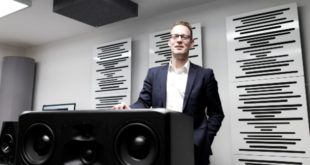