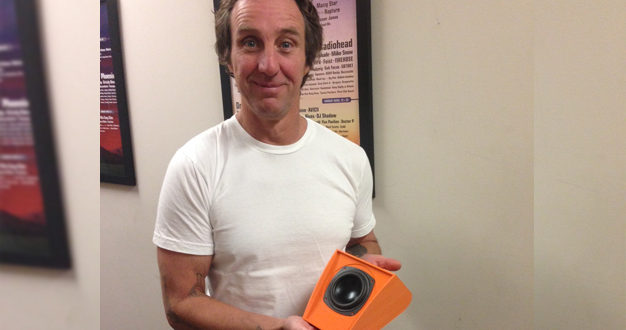 Leading audio system designer and live sound engineer Dave Rat recently signed a deal with Sommer Cable, but what else has been keeping the former Chili Peppers engineer busy? Colby Ramsey finds out from the man himself.

What have you been up to since wrapping up engineering duties with the Chilis?

From my perspective, I am a designer, builder and fixer of things and learned to mix sound just to test some of the designs. I just want to make fun or useful sound toys that people want or can use. So what I have been doing is working on restructuring Rat Sound so I can focus more on designing products, doing seminars and other creative angles as well as coming up with some new fun stuff.

What was your favourite gig that you did with those guys, and why?

For me the earlier tours were awesome. More raw, more relaxed and less focused on the business side of things. Probably the most exciting tour was Lollapalooza 92. Back when most bands and crews stayed in the same hotels, the top brass of the festival worked in the pit assisting with people coming over the barricade and there was a wonderful combination of passion and chaos fuelling the adventure. Same thing with the early Big Day Out festival tours in Australia – so much positive energy and fun.

How has your touring setup evolved over the years?

Interesting to think about that. Early on the big challenge was to get enough gear on the road and figure out setups where everyone could hear decent sound. Coverage and intelligibility was a huge day-to-day challenge. As the band increased in popularity, budgets expanded and there were huge technological advances in sound systems and prediction software, the focus shifted to perfecting sound quality.

As far as the control side and mic’ing, I really kept it very simple over the years using a minimal amount of mics. Console wise I only used three board types over the entire time I mixed them. I used a Ramsa 840 early on, a Ramsa X1 later and finally a Midas H3000 for the remainder.

What have been the main challenges you’ve had to face when on tour and how have they changed?

In the early 90’s, just getting everything to work everyday and knowing what is and is not working at any point during the show was a challenge. Back then having high quality protection on sound systems was almost non-existent and you had to use the “be careful” method of not blowing everything up. Now we can monitor everything and system protection is well refined with most manufacturers.

Personally the biggest challenge is staying healthy and connected to projects back home while on the road. You spend a lot of time waiting for buses and planes and being moved from place to place. Early on I would fully immerse in the travel and live in the moment and current adventure. As time went on and much of the travel became familiar, my priorities shifted to longer term and bigger picture stuff and the joys of travel became the challenge.

Could you tell us about some of the gear you’ve been designing recently?

My current projects are getting the SuperSub 30 fully refined and deployed, developing the SuperSub 21, testing the viability of the Ultimate Drum Thumper and expanding the SoundTools product line.

We are beginning to deploy the SuperSub 30 on some festival gigs, and they were on a stage at FYF festival at the end of July. Refining limiter settings as well as cardioid and end fire presets is nearly done. The SuperSub 21 is coming along and V2 is testing out very well. The SuperSub series is unique in that it’s an unusually rigid enclosure with long ports and near point source output allowing to reach never low frequencies at high levels for its physical size. The Ultimate Drum Thumper is currently just a test run to see if there is interest in a drum thumper that is so powerful it will blur your vision. It is quite an experience to sit on.

Most actively though I am working on SoundTools. We have over a dozen products in the pipeline and our biggest challenge is we can’t build them fast enough. We don’t advertise beyond social media and some interviews for fear the demand will push us into back orders again. That said, we don’t want to expand too quickly as we don’t want to lose the close connection to the products and quality. So we’ll follow the slow steady growth plan.

Do you have anything to add about your recent deal with Sommer Cable?

The SuperCAT Lite and SuperCAT Sound cables have been very popular and we are adding a black version of the SCL soon. We are excited to be working with Sommer and have them terminate specified lengths of SCS and SCL cables that can ship directly from Sommer to our European and UK dealers and distributors.

The whole SoundTools project is really fun. It reminds me of the early days of starting Rat Sound and the excitement of being a part of its organic growth is awesome. 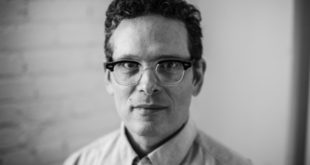