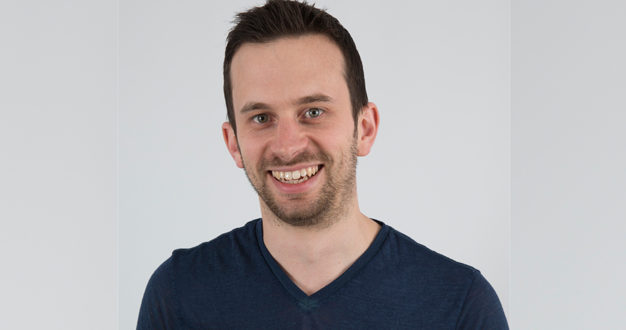 The countdown to the 2017 Pro Sound Awards at The Steel Yard in central London continues this week as finalist Will Hoult tells us why he deserves to be recognised as the industry’s most promising young professional.

As the Red & Rednet product manager, Hoult has a deep knowledge of audio over IP (AoIP) and heads up all of Focusrite’s RedNet network audio products, from conception and maintenance to taking them to market.

How did you first start out in the pro-audio industry?

My journey started as an 11 year old playing in various bands, but I was always “that guy” who recorded everything, and set up the PA. That progressed into recording any local bands I could in my parents’ living room and providing PA and engineering for many local gigs. I worked in the local venue in High Wycombe as a stage manager and occasional engineer, and was fortunate enough to get onto the Tonmeister course at the University of Surrey which gave me an excellent grounding in the fundamentals of all aspects of pro-audio. I went to work for Digidesign at their office in Pinewood Studios, mainly supporting customers during the presales phase. It was after that year that I realised I wanted to work on the manufacturer side of the industry.

What made you want to work in pro audio?

I’ve loved music since an early age. There’s something about the raw energy during a live performance that is impossible to find anywhere else, and yet that’s in stark contrast to the studio process where something magical is crafted over a longer period of time.

Who are your biggest influences?

From within Focusrite, Phil Dudderidge is one of my biggest influences. He always has a positive attitude, a big heart, and great business acumen. It’s the users of our products that have to be the biggest influence though. I love nothing more than hearing how our products have helped solve problems, or have been used in a way that we never envisaged. There’s also a great deal of pride when I hear how our solutions have been used to drive FOH at various festivals, or how our mic pres have been used on tours of the biggest bands on the planet.

Where are you based at the moment?

I’m currently at Focusrite where I hold the position of product manager for our Pro Audio products. I initially joined in 2010 as “UK and Germany Media Coordinator” – effectively managing relationships with our media partners as well as organising public and trade events such as our presence at Musikmesse.

So how did you get into your current role?

I wanted to exercise my technical brain a bit more, so quickly progressed to Focusrite brand manager; managing our outbound messaging and marketing tactics. This included launching Scarlett 2i2, which has gone on to be one of the biggest selling USB interfaces in the world. In mid 2012, we were getting close to launching RedNet: one of the first audio-over-IP systems for the studio market. At this point I transitioned to become product manager, a position which I’ve held since. More recently I’ve been Focusrite’s representative within the Media Networking Alliance.

Any achievements that you are particularly proud of?

I would say the biggest has to be leading a team which has taken RedNet from a good collection of products, to being a fully integrated modular audio-over-IP solution that is used all over the world every day for critical applications.

What do you have planned for the future, and where do you want to be in ten years?

In the short term, we will be showing increased software integration, both within our own products, but also with third-parties; although our focus is always on delivering new and innovative features that solve real-world problems. Ten years from now I would hope to still be at Focusrite having grown the Pro Audio sector significantly, and having expanded our reach into Pro Audio workflows.